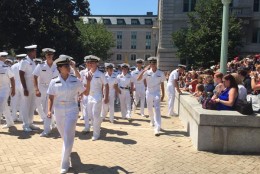 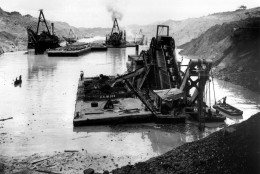 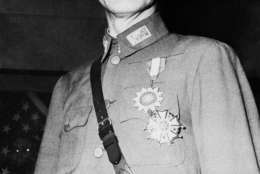 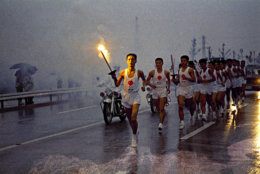 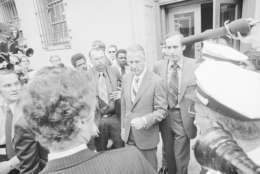 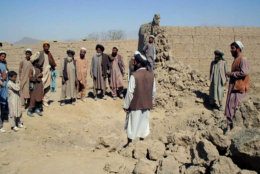 In 1845, the U.S. Naval Academy was established in Annapolis, Maryland.

In 1913, the Panama Canal was effectively completed as President Woodrow Wilson sent a signal from the White House by telegraph, setting off explosives that destroyed a section of the Gamboa dike.

In 1938, Nazi Germany completed its annexation of Czechoslovakia’s Sudetenland (soo-DAYT’-uhn-land).

In 1943, Chiang Kai-shek took the oath of office as president of China.

In 1957, President Dwight D. Eisenhower apologized to the finance minister of Ghana, Komla Agbeli Gbdemah, after the official was refused seating in a Howard Johnson’s restaurant near Dover, Delaware.

In 1962, President John F. Kennedy, responding to the Thalidomide birth defects crisis, signed an amendment to the Federal Food, Drug and Cosmetic Act requiring pharmaceutical companies to prove that their products were safe and effective prior to marketing.

In 1964, the first Summer Olympics to be held in Asia were opened in Tokyo by Japanese Emperor Hirohito. Entertainer Eddie Cantor, 72, died in Beverly Hills, California.

In 1967, the Outer Space Treaty, prohibiting the placing of weapons of mass destruction on the moon or elsewhere in space, entered into force.

In 1973, Vice President Spiro T. Agnew, accused of accepting bribes, pleaded no contest to one count of federal income tax evasion, and resigned his office.

In 1985, U.S. fighter jets forced an Egyptian plane carrying the hijackers of the Italian cruise ship Achille Lauro (ah-KEE’-leh LOW’-roh) to land in Italy, where the gunmen were taken into custody. Actor-director Orson Welles died in Los Angeles at age 70; actor Yul Brynner died in New York at age 65.

In 1997, the International Campaign to Ban Landmines and its coordinator, Jody Williams, were named winners of the Nobel Peace Prize.

In 2004, Christopher Reeve, the “Superman” of celluloid who became a quadriplegic after a May 1995 horse riding accident, died in Mount Kisco, New York, at age 52.

Ten years ago: Turkey and Armenia signed a landmark agreement to establish diplomatic relations and open their sealed border after a century of enmity. President Barack Obama, addressing the Human Rights Campaign, restated his campaign pledge to allow homosexual men and women to serve openly in the military.

Five years ago: Malala Yousafzai (mah-LAH’-lah YOO’-suhf-zeye), a 17-year-old Pakistani girl, and Kailash Satyarthi (KY’-lash saht-YAHR’-thee), a 60-year-old Indian man, were jointly awarded the Nobel Peace Prize for risking their lives for the right of children to receive an education and to live free from abuse.

One year ago: Stocks plunged as investors feared that rising interest rates and trade tensions could hurt company profits; the Dow industrials fell 831 points, the worst loss for the index in eight months. President Donald Trump, reacting to the market turmoil, said the Federal Reserve was “making a mistake” with its campaign of rate increases. Trump demanded answers from Saudi Arabia about the fate of missing Saudi writer Jamal Khashoggi (jah-MAHL’ khahr-SHOHK’-jee), as lawmakers pushed for sanctions. Hurricane Michael slammed into the Florida Panhandle with winds of 155 miles per hour, splintering homes and submerging neighborhoods, before continuing into south Georgia as a Category 3 hurricane.