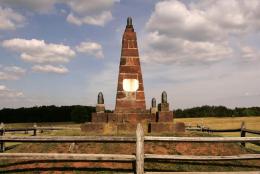 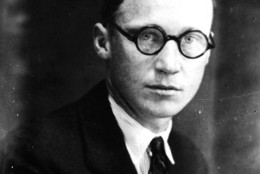 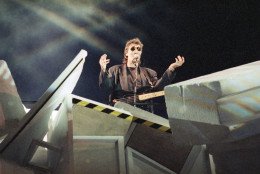 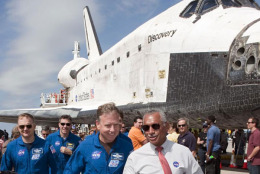 On July 21, 1969, Apollo 11 astronauts Neil Armstrong and Edwin “Buzz” Aldrin blasted off from the moon aboard the ascent stage of the lunar module for docking with the command module.

In 1861, during the Civil War, the first Battle of Bull Run was fought at Manassas, Virginia, resulting in a Confederate victory.

In 1925, the so-called “Monkey Trial” ended in Dayton, Tennessee, with John T. Scopes found guilty of violating state law for teaching Darwin’s Theory of Evolution. (The conviction was later overturned on a technicality.)

In 1944, American forces landed on Guam during World War II, capturing it from the Japanese some three weeks later. The Democratic National Convention in Chicago nominated Sen. Harry S. Truman to be vice president.

In 1955, during a summit in Geneva, President Dwight D. Eisenhower presented his “open skies” proposal under which the U.S. and the Soviet Union would trade information on each other’s military facilities and allow aerial reconnaissance. (The Soviets rejected the proposal.)

In 1990, a benefit concert took place in Germany at the site of the fallen Berlin Wall; the concert, which drew some 200,000 people, was headlined by Roger Waters, a founder of Pink Floyd. (The concert ended with the collapse of a mock Berlin Wall made of styrofoam.)

In 1999, Navy divers found and recovered the bodies of John F. Kennedy Jr., his wife, Carolyn, and sister-in-law, Lauren Bessette (bih-SEHT’), in the wreckage of Kennedy’s plane in the Atlantic Ocean off Martha’s Vineyard.

In 2000, Special Counsel John C. Danforth concluded “with 100 percent certainty” that the federal government was innocent of wrongdoing in the siege that killed 80 members of the Branch Davidian compound near Waco, Texas, in 1993.

In 2011, the 30-year-old space shuttle program ended as Atlantis landed at Cape Canaveral, Florida, after the 135th shuttle flight.

In 2008, former Bosnian Serb leader Radovan Karadzic (RA’-doh-van KA’-ra-jich), one of the world’s top war crimes fugitives, was arrested in a Belgrade suburb by Serbian security forces. (He was sentenced by a U.N. court in 2019 to life imprisonment after being convicted of genocide, crimes against humanity and war crimes.)

In 2017, White House press secretary Sean Spicer abruptly quit over President Donald Trump’s decision to name financier Anthony Scaramucci as the new White House communications director. Scaramucci announced from the White House briefing room that Sarah Huckabee Sanders, who had been Spicer’s deputy, would take over for Spicer. (Scaramucci was fired on July 31 after 11 days on the job; he had used vulgar language to insult White House aides during a phone call to a reporter.)

Ten years ago: The Senate voted to terminate further production of the Air Force’s topline F-22 fighter jets. Prosecutors in Cambridge, Massachusetts, dropped a disorderly conduct charge against prominent black scholar Henry Louis Gates Jr., who was arrested by a white officer at his home near Harvard University after a report of a break-in. Taco Bell mascot Gidget the Chihuahua died in Santa Clarita, California, at 15.

Five years ago: President Barack Obama ordered employment protection for gay and transgender employees who worked for the federal government or for companies holding federal contracts, telling advocates at a White House signing ceremony he embraced the “irrefutable rightness of your cause.” Pro-Moscow separatists, bowing to international pressure, agreed to turn over flight data recorders from the downed Malaysia Airlines plane four days after it plunged into eastern Ukraine.

One year ago: Reacting to the disclosure that his former lawyer had secretly taped their discussion about a potential payment for a former Playboy model, President Donald Trump called such taping “totally unheard of & perhaps illegal,” but added that he “did nothing wrong.” A store employee was shot and killed when a gunman who was being chased by police ran into a busy Los Angeles supermarket, where he held hostages for about three hours before handcuffing himself and surrendering; police determined that the employee, Melyda Corado, had been hit by a bullet fired by a police officer during an exchange of fire with the suspect.