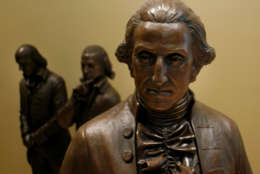 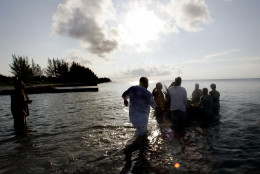 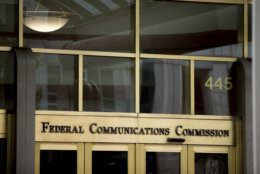 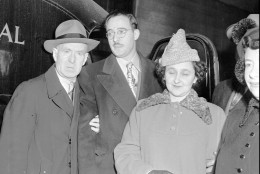 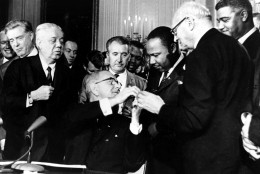 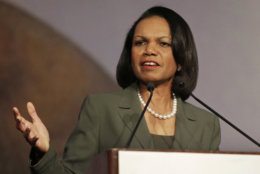 On June 19, 1865, Union troops arrived in Galveston, Texas, with news that the Civil War was over, and that all remaining slaves in Texas were free — an event celebrated to this day as “Juneteenth.”

In 1868, “Tales from the Vienna Woods,” a waltz by Johann Strauss “the Younger,” was first publicly performed by Strauss’ orchestra.

In 1917, during World War I, King George V ordered the British royal family to dispense with German titles and surnames; the family took the name “Windsor.”

In 1938, four dozen people were killed when a railroad bridge in Montana collapsed, sending a train known as the Olympian hurtling into Custer Creek.

In 1944, during World War II, the two-day Battle of the Philippine Sea began, resulting in a decisive victory for the Americans over the Japanese.

In 1952, the U.S. Army Special Forces, the elite unit of fighters known as the Green Berets, was established at Fort Bragg, North Carolina. The celebrity-panel game show “I’ve Got A Secret” debuted on CBS-TV.

In 1953, Julius Rosenberg, 35, and his wife, Ethel, 37, convicted of conspiring to pass U.S. atomic secrets to the Soviet Union, were executed at Sing Sing Prison in Ossining, New York.

In 1987, the U.S. Supreme Court struck down a Louisiana law requiring any public school teaching the theory of evolution to teach creation science as well.

In 2006, Secretary of State Condoleezza Rice warned North Korea it would face consequences if it test-fired a missile thought to be powerful enough to reach the West Coast of the United States.

In 2017, Otto Warmbier a 22-year-old American college student died in a Cincinnati hospital following his release by North Korea in a coma after more than a year in captivity.

Ten years ago: New York Times reporter David S. Rohde and Afghan reporter Tahir Ludin escaped from militant captors after more than seven months in captivity in Afghanistan and Pakistan. Texas billionaire R. Allen Stanford was indicted and jailed on charges his international banking empire was really just a Ponzi scheme built on lies, bluster and bribery. (Stanford was sentenced to 110 years in prison after being convicted of bilking investors in a $7.2 billion scheme that involved the sale of fraudulent certificates of deposits.)

Five years ago: President Barack Obama announced he was dispatching 300 U.S. military advisers to Iraq to help quell a rising insurgency. Rep. Kevin McCarthy of California won election as House majority leader as Republicans shuffled their leadership in the wake of Rep. Eric Cantor’s primary defeat in Virginia. Gerry Goffin, 75, a prolific and multi-dimensional lyricist who with his then-wife and songwriter partner Carole King wrote such hits as “Will You Love Me Tomorrow,” “(You Make Me Feel Like) a Natural Woman,” “Up On The Roof,” and “The Loco-Motion,” died in Los Angeles.

One year ago: The United States said it was pulling out of the United Nations’ Human Rights Council, a day after the U.N. human rights chief denounced the Trump administration for separating migrant children from their parents; U.N. Ambassador Nikki Haley cited long-standing U.S. complaints that the council was biased against Israel. Koko, a western lowland gorilla who was taught sign language at an early age as a scientific test subject and eventually learned more than 1,000 words, died at the Gorilla Foundation’s preserve in California’s Santa Cruz mountains at the age of 46. New York mayor Bill de Blasio said as of Sept. 1, police would start issuing summonses to people caught smoking marijuana in public rather than arresting them.