Today in History: May 28

Here is a look at events that have happened on this date.
(1/6) 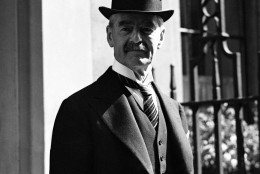 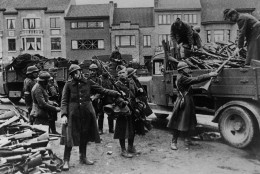 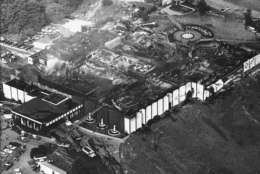 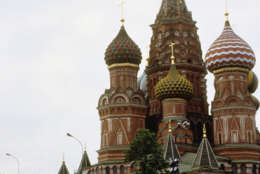 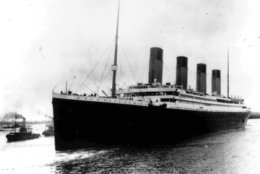 On May 28, 1977, 165 people were killed when fire raced through the Beverly Hills Supper Club in Southgate, Kentucky.

In 1533, the Archbishop of Canterbury, Thomas Cranmer, declared the marriage of England’s King Henry VIII to Anne Boleyn valid.

In 1863, the 54th Massachusetts Volunteer Infantry Regiment, made up of freed blacks, left Boston to fight for the Union in the Civil War.

In 1892, the Sierra Club was organized in San Francisco.

In 1912, the Senate Commerce Committee issued its report on the Titanic disaster that cited a “state of absolute unpreparedness,” improperly tested safety equipment and an “indifference to danger” as some of the causes of an “unnecessary tragedy.”

In 1918, American troops fought their first major battle during World War I as they launched an offensive against the German-held French village of Cantigny (kahn-tee-NYEE’); the Americans succeeded in capturing the village.

In 1929, the first all-color talking picture, “On with the Show!” produced by Warner Bros., opened in New York.

In 1940, during World War II, the Belgian army surrendered to invading German forces.

In 1957, National League owners gave permission for the Brooklyn Dodgers and New York Giants to move to Los Angeles and San Francisco.

In 1972, Edward, The Duke of Windsor, who had abdicated the English throne to marry Wallis Warfield Simpson, died in Paris at age 77.

In 1987, to the embarrassment of Soviet officials, Mathias Rust, a young West German pilot, landed a private plane in Moscow’s Red Square without authorization. (Rust was freed by the Soviets the following year.)

Ten years ago: A white New York City police officer killed an off-duty black colleague in a friendly fire incident in East Harlem. (A grand jury declined to indict Officer Andrew Dunton in the shooting of Officer Omar Edwards, who had drawn his gun and was chasing a man who had broken into his car.) Kavya Shivashankar, a 13-year-old girl from Kansas, spelled “Laodicean (lay-AHD’-uh-SEE’-uhn)” (lukewarm or indifferent in religion or politics) to win the Scripps National Spelling Bee.

Five years ago: Seeking to redefine America’s foreign policy for a postwar era, President Barack Obama told West Point graduates the United States remained the only nation with the capacity to lead on the world stage but argued it would be a mistake to channel that power into unrestrained military adventures. Maya Angelou, 86, a Renaissance woman who survived the harshest of childhoods to become a force on stage, screen and the printed page, died in Winston-Salem, North Carolina.

One year ago: Speaking before an audience of Cabinet members, military leaders, veterans and families, President Donald Trump paid a Memorial Day tribute at Arlington National Cemetery, saying he came to honor “America’s greatest heroes.” The Golden State Warriors reached the NBA Finals with a win over the Houston Rockets; it was the fourth straight year the Warriors would meet the Cleveland Cavaliers in the finals.