Today in History: May 20

Here’s a look at what happened on this date in history.
(1/6) 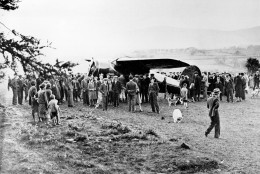 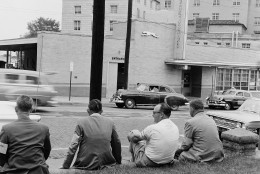 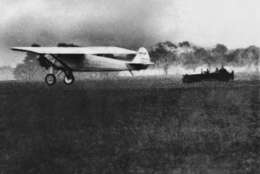 On May 20, 1927, Charles Lindbergh took off from Roosevelt Field on Long Island, New York, aboard the Spirit of St. Louis on his historic solo flight to France.

In 1521, Ignatius of Loyola was wounded by a cannonball while defending Pamplona against the French; during his convalescence he turned to religion, becoming a leader of the Counter-Reformation and the founder of the Jesuits.

In 1873, Levi Strauss and tailor Jacob Davis received a U.S. patent for men’s work pants made with copper rivets.

In 1899, taxi driver Jacob German was pulled over and arrested by a police officer riding a bicycle for speeding down Manhattan’s Lexington Avenue in his electric car at 12 miles an hour at a time when the speed limit was 8 mph; it was the first recorded speeding arrest in U.S. history.

In 1932, Amelia Earhart took off from Newfoundland to become the first woman to fly solo across the Atlantic. (Because of weather and equipment problems, Earhart set down in Northern Ireland instead of her intended destination, France.)

In 1948, Chiang Kai-shek was inaugurated as the first president of the Republic of China (Taiwan).

In 1959, nearly 5,000 Japanese-Americans had their U.S. citizenships restored after choosing to renounce them during World War II.

In 1961, a white mob attacked a busload of Freedom Riders in Montgomery, Alabama, prompting the federal government to send in U.S. marshals to restore order.

In 1985, Radio Marti, operated by the U.S. government, began broadcasting; Cuba responded by attempting to jam its signal.

In 1993, an estimated 93 million people tuned in for the final first-run episode of the sitcom “Cheers” on NBC.

In 1998, the government unveiled the design for the new $20 bill, featuring a larger and slightly off-center portrait of Andrew Jackson.

Ten years ago: In a rare, bipartisan defeat for President Barack Obama, the Senate voted overwhelmingly, 90-6, to keep the prison at Guantanamo Bay open for the foreseeable future and forbid the transfer of any detainees to facilities in the United States. A commission published a damning report on decades of rapes, humiliation and beatings at Catholic Church-run reform schools in Ireland. Suspended NFL star Michael Vick was released after 19 months in prison for running a dogfighting ring to begin two months’ home confinement. An Indonesian C-130 Hercules military plane carrying troops and their families crashed in East Java province, killing 99 people. Kris Allen won the eighth season of “American Idol,” defeating fellow finalist Adam Lambert.

Five years ago: In Kentucky’s primary, Senate Republican leader Mitch McConnell dispatched his tea party challenger, Matt Bevin, with ease; Democrats chose Alison Lundergan Grimes to oppose McConnell in the fall (McConnell went on to win). Pennsylvania’s ban on gay marriage was overturned by a federal judge. A group of retired professional football players filed suit against the NFL, accusing the league of cynically supplying them with powerful painkillers and other drugs that kept them in the game but led to serious complications later in life. Two car bombs hit a busy bus terminal and a market in the central Nigerian city of Jos, killing at least 118 people.

One year ago: Venezuelan officials declared socialist leader Nicolas Maduro the easy winner of the country’s presidential election; his leading challenger questioned the legitimacy of a vote marred by irregularities.