Today in History: May 24 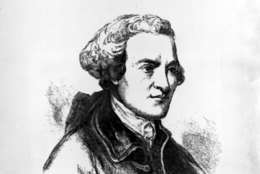 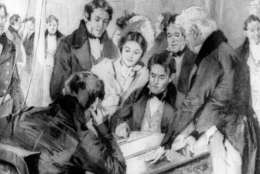 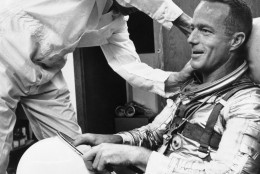 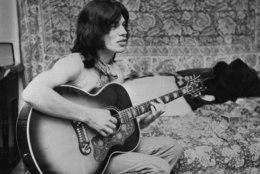 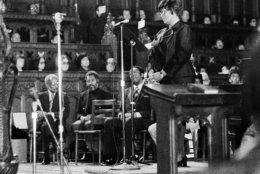 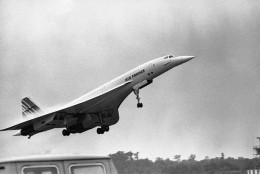 On May 24, 1994, four Islamic fundamentalists convicted of bombing New York’s World Trade Center in 1993 were each sentenced to 240 years in prison.

In 1775, John Hancock was unanimously elected President of the Continental Congress in Philadelphia, succeeding Peyton Randolph.

In 1844, Samuel F.B. Morse transmitted the message “What hath God wrought” from Washington to Baltimore as he formally opened America’s first telegraph line.

In 1937, in a set of rulings, the U.S. Supreme Court upheld the constitutionality of the Social Security Act of 1935.

In 1941, the German battleship Bismarck sank the British battle cruiser HMS Hood in the North Atlantic, killing all but three of the 1,418 men on board.

In 1962, astronaut Scott Carpenter became the second American to orbit the Earth as he flew aboard Aurora 7.

In 1968, the Rolling Stones single “Jumpin’ Jack Flash” was released in the United Kingdom by Decca Records.

In 1991, the feminist film drama “Thelma & Louise,” starring Susan Sarandon (as Louise) and Geena Davis (as Thelma), was released by MGM.

In 2000, the state of Maryland dismissed its wiretapping case against Linda Tripp after a judge disallowed most of Monica Lewinsky’s testimony.

In 2001, 23 people were killed when the floor of a Jerusalem wedding hall collapsed beneath dancing guests, sending them plunging several stories into the basement.

In 2017, Ariana Grande suspended her Dangerous Woman world tour and canceled several European shows due to the deadly bombing at her concert in Manchester, England, two days earlier.

Five years ago: A lone gunman opened fire at the Jewish Museum in Brussels, killing four people. Pope Francis, in Jordan, denounced arms dealers and appealed for an urgent end to the Syrian civil war at the start of a three-day trip to the Middle East. Reality star Kim Kardashian and rapper Kanye West wed in a Renaissance fortress in Florence, Italy.

One year ago: After a Justice Department briefing, Rep. Adam Schiff, the top Democrat on the House Intelligence Committee, said there was no evidence to support claims that there was a government spy in President Donald Trump’s campaign. The president abruptly canceled a planned summit with North Korea’s Kim Jong Un, blaming “open hostility” from North Korea. (A week later, Trump announced that the summit would take place in mid-June.) Trump granted a rare posthumous pardon to boxing’s first black heavyweight champion, Jack Johnson, more than 100 years after what many see as a racially-charged conviction for violating the Mann Act by traveling with his white girlfriend. The president signed into law a measure loosening restraints for banks imposed after the 2008 financial crisis. A gunman was shot and killed by two bystanders after opening fire at an Oklahoma City restaurant and wounding three patrons. Jerry Maren, the last surviving Munchkin from the 1939 film “The Wizard of Oz,” died at a San Diego nursing home; he was 99.