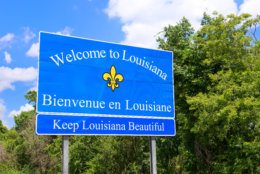 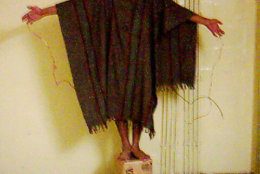 On April 30, 1975, the Vietnam War ended as the South Vietnamese capital of Saigon fell to Communist forces.

In 1789, George Washington took the oath of office in New York as the first president of the United States.

In 1803, the United States purchased the Louisiana Territory from France for 60 million francs, the equivalent of about $15 million.

In 1900, engineer John Luther “Casey” Jones of the Illinois Central Railroad died in a train wreck near Vaughan, Mississippi, after staying at the controls in a successful effort to save the passengers.

In 1912, Universal Studios had its beginnings as papers incorporating the Universal Film Manufacturing Co. were filed and recorded in New York State.

In 1945, as Soviet troops approached his Berlin bunker, Adolf Hitler committed suicide along with his wife of one day, Eva Braun.

In 1970, President Richard M. Nixon announced the U.S. was sending troops into Cambodia, an action that sparked widespread protest.

In 1993, top-ranked women’s tennis player Monica Seles was stabbed in the back during a match in Hamburg, Germany, by a man who described himself as a fan of second-ranked German player Steffi Graf. (The man, convicted of causing grievous bodily harm, was given a suspended sentence.)

In 2004, Arabs expressed outrage at graphic photographs of naked Iraqi prisoners being humiliated by U.S. military police; President George W. Bush condemned the mistreatment of prisoners, saying “that’s not the way we do things in America.”

Ten years ago: Riding a crest of populist anger, the House approved, 357-70, a bill to restrict credit card practices and eliminate sudden increases in interest rates and late fees. Chrysler filed for bankruptcy protection; the federal government pledged up to $8 billion in additional aid and to back warranties. The Iraq war formally ended for British forces as they handed control of the oil-rich Basra area to U.S. commanders. A man drove his car into a crowd of parade spectators in Amsterdam, killing seven people in an attempt to attack the Dutch royal family (the attacker, Karst Tates, died of his injuries).

One year ago: Central Americans who traveled in a caravan through Mexico to the U.S. border near San Diego began turning themselves in to U.S. authorities to seek asylum in a challenge to the Trump administration. New details emerged on a rift between White House Chief of Staff John Kelly and President Donald Trump, with one former administration official saying Kelly had privately called Trump “an idiot.” (Trump announced in December that Kelly would be leaving at the end of the year.) The Time’s Up campaign, devoted to helping women in the aftermath of sexual abuse, called for further investigation into allegations that singer R. Kelly had sexually abused women. (R. Kelly would be charged in February with 10 counts of aggravated sexual abuse; investigators alleged that he had abused three girls and a woman starting in the late 1990s.)