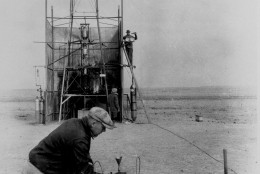 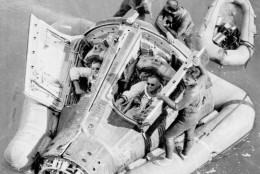 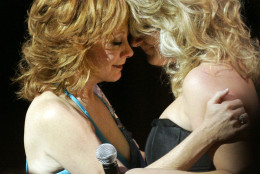 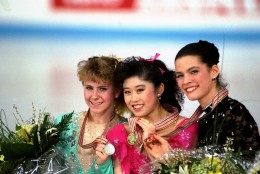 On March 16, 1521, Portuguese explorer Ferdinand Magellan and his crew reached the Philippines, where Magellan was killed during a battle with natives the following month.

In 1802, President Thomas Jefferson signed a measure authorizing the establishment of the U.S. Military Academy at West Point, New York.

In 1945, during World War II, American forces declared they had secured Iwo Jima, although pockets of Japanese resistance remained.

In 1964, President Lyndon B. Johnson sent Congress the Economic Opportunity Act of 1964 as part of his War on Poverty. (The measure was passed by Congress, and was signed by Johnson in August 1964.)

In 1966, NASA launched Gemini 8 on a mission to rendezvous and dock with Agena, a target vehicle in orbit; although the docking was successful, the joined vehicles began spinning, forcing Gemini to disconnect and abort the flight.

In 1968, the My Lai (mee ly) massacre took place during the Vietnam War as U.S. Army soldiers hunting for Viet Cong fighters and sympathizers killed unarmed villagers in two hamlets of Son My (son mee) village; estimates of the death toll vary from 347 to 504. Senator Robert F. Kennedy of New York announced his candidacy for the Democratic presidential nomination.

In 1984, William Buckley, the CIA station chief in Beirut, was kidnapped by Hezbollah militants (he was tortured by his captors and killed in 1985).

In 1985, Terry Anderson, chief Middle East correspondent for The Associated Press, was abducted in Beirut; he was released in December 1991.

In 1994, figure skater Tonya Harding pleaded guilty in Portland, Oregon, to conspiracy to hinder prosecution for covering up an attack on rival Nancy Kerrigan, avoiding jail but drawing a $100,000 fine.

In 2003, American activist Rachel Corrie, 23, was crushed to death by an Israeli military bulldozer while trying to block demolition of a Palestinian home in the Gaza Strip.

In 2005, A jury in Los Angeles acquitted actor Robert Blake of murder in the shooting death of his wife, Bonny Lee Bakley, four years earlier. (A civil court jury later ordered Blake to pay Bakley’s four children $30 million, an award that an appeals court subsequently cut in half; Blake declared bankruptcy.) A judge in Redwood City, California, sent Scott Peterson to death row for the slaying of his pregnant wife, Laci.

Ten years ago: Joining a wave of public anger, President Barack Obama blistered insurance giant AIG for “recklessness and greed” for handing its executives $165 million in bonuses after taking billions in federal bailout money. British actress Natasha Richardson, 45, was fatally injured in a skiing accident at a resort in Quebec; she died two days later at a Manhattan hospital. Austrian Josef Fritzl pleaded guilty at the start of his trial to imprisoning his daughter for 24 years and fathering her seven children. (Two days later, Fritzl pleaded guilty to the remaining charges against him, including negligent homicide; he was sentenced to life in a psychiatric ward.)

Five years ago: Crimeans voted to leave Ukraine and join Russia, overwhelmingly approving a referendum that sought to unite the strategically important Black Sea region with the country it was part of for some 250 years. Mitch Leigh, 86, a successful advertising jingle writer whose attempt at writing for a Broadway show became the instant, celebrated hit “Man of La Mancha,” died in New York.

One year ago: Singer Aretha Franklin canceled two upcoming concerts, saying a doctor had told her to stay off the road and rest completely for at least two months. (Franklin died five months later from pancreatic cancer.) Airstrikes in Syria killed more than 100 people as civilians fled besieged areas for a second straight day.