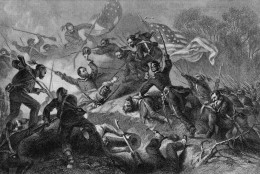 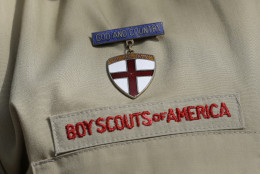 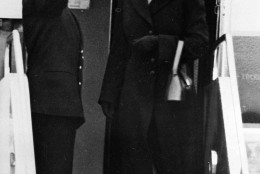 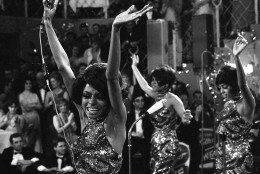 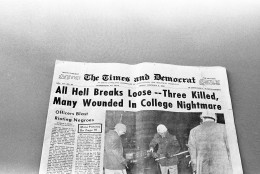 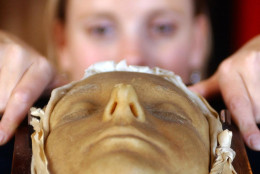 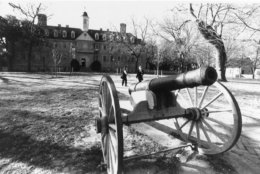 On Feb. 8, 1587, Mary, Queen of Scots was beheaded at Fotheringhay Castle in England after she was implicated in a plot to murder her cousin, Queen Elizabeth I.

In 1693, a charter was granted for the College of William and Mary in Williamsburg in the Virginia Colony.

In 1904, the Russo-Japanese War, a conflict over control of Manchuria and Korea, began as Japanese forces attacked Port Arthur.

In 1910, the Boy Scouts of America was incorporated.

In 1922, President Warren G. Harding had a radio installed in the White House.

In 1924, the first execution by gas in the United States took place at the Nevada State Prison in Carson City as Gee Jon, a Chinese immigrant convicted of murder, was put to death.

In 1952, Queen Elizabeth II proclaimed her accession to the British throne following the death of her father, King George VI.

In 1965, Eastern Air Lines Flight 663, a DC-7, crashed shortly after takeoff from New York’s John F. Kennedy International Airport; all 84 people on board were killed. The Supremes’ record “Stop! In the Name of Love!” was released by Motown.

In 1968, three college students were killed in a confrontation between demonstrators and highway patrolmen at South Carolina State University in Orangeburg in the wake of protests over a whites-only bowling alley. The science-fiction film “Planet of the Apes,” starring Charlton Heston, had its world premiere in New York (it went into general release the following April.)

In 1989, 144 people were killed when an American-chartered Boeing 707 filled with Italian tourists slammed into a fog-covered mountain in the Azores.

In 1992, the XVI Olympic Winter Games opened in Albertville, France.

In 1993, General Motors sued NBC, alleging that “Dateline NBC” had rigged two car-truck crashes to show that 1973-to-87 GM pickups were prone to fires in side impact crashes. (NBC settled the lawsuit the following day and apologized for its “unscientific demonstration.”)

In 2009: Robert Plant and Alison Krauss won five Grammys, including album of the year, for “Raising Sand.” R&B singer Chris Brown was arrested on suspicion of making a criminal threat (he was later sentenced to five years of probation for beating his longtime girlfriend, singer Rihanna). The NFC rallied to a 30-21 victory over the AFC in the Pro Bowl.

In 2014: In an assertion of same-sex marriage rights, Attorney General Eric Holder announced that same-sex spouses could not be compelled to testify against each other, should be eligible to file for bankruptcy jointly and were entitled to the same rights and privileges as federal prison inmates in opposite-sex marriages. On the first day of medal competition at the Sochi Winter Olympics, Sven Kramer of the Netherlands led a clean sweep by the Dutch in the men’s 5,000-meter speed skating while in slopestyle’s Olympic debut, U.S. snowboarder Sage Kotsenburg won the first gold medal of the games.

In 2018: The federal government stumbled into a shutdown that would end by morning, its second in less than a month, as rogue Senate Republicans blocked a speedy vote on a massive, bipartisan, budget-busting spending deal. For the second time in a week, the Dow Jones industrials plunged by more than 1,000 points as a sell-off in the stock market deepened. Hundreds of thousands lined the streets of Philadelphia as the Eagles celebrated their Super Bowl victory with a parade.

feb. 8 | historical photos | this date in history | Today in History