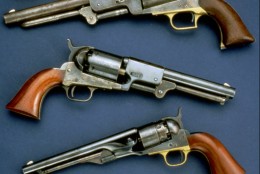 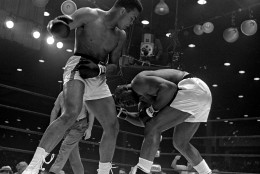 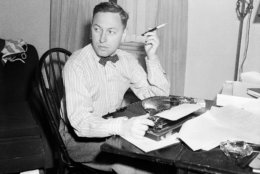 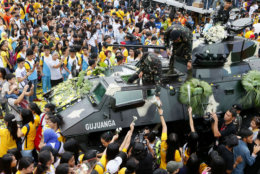 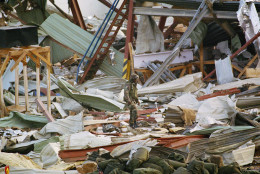 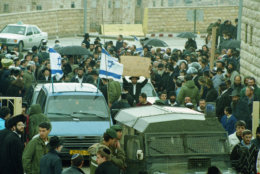 On Feb. 25, 1986, President Ferdinand Marcos fled the Philippines after 20 years of rule in the wake of a tainted election; Corazon Aquino assumed the presidency.

In 1570, England’s Queen Elizabeth I was excommunicated by Pope Pius V, who accused the monarch of heresy.

In 1862, Nashville, Tenn., became the first Confederate state capital to be occupied by the North during the Civil War.

In 1901, United States Steel Corp. was incorporated by J.P. Morgan.

In 1913, the 16th Amendment to the U.S. Constitution, giving Congress the power to levy and collect income taxes, was declared in effect by Secretary of State Philander Chase Knox.

In 1919, Oregon became the first state to tax gasoline, at one cent per gallon.

In 1922, French serial killer Henri Landru, convicted of murdering 10 women and the son of one of them, was executed in Versailles (vehr-SY’).

In 1964, Eastern Airlines Flight 304, a DC-8, crashed shortly after taking off from New Orleans International Airport, killing all 58 on board. Muhammad Ali (then known as Cassius Clay) became world heavyweight boxing champion as he defeated Sonny Liston in Miami Beach.

In 1983, playwright Tennessee Williams was found dead in his New York hotel suite; he was 71.

In 1991, during the Persian Gulf War, 28 Americans were killed when an Iraqi Scud missile hit a U.S. barracks in Dhahran, Saudi Arabia.

In 1994, American-born Jewish settler Baruch Goldstein opened fire with an automatic rifle inside the Tomb of the Patriarchs in the West Bank, killing 29 Muslims before he was beaten to death by worshippers. At the Winter Olympics in Norway, Oksana Baiul of Ukraine won the gold medal in ladies’ figure skating while Nancy Kerrigan won the silver and Chen Lu of China the bronze; Tonya Harding came in eighth.

Ten years ago: President Barack Obama introduced former Washington Gov. Gary Locke as his nominee for commerce secretary after two earlier choices dropped out. A Turkish Airlines Boeing 737 crashed while trying to land at Amsterdam’s main airport, but 126 of the people on board survived; nine were killed, including the pilots.

Five years ago: In a blunt warning to Afghan President Hamid Karzai, President Barack Obama threatened to withdraw all U.S. troops from Afghanistan by the end of 2014 if a crucial security pact wasn’t signed. (U.S. and Afghan officials signed the pact in Sept. 2014.) Jim Lange, the first host of the popular game show “The Dating Game,” died in Mill Valley, California, at age 81.

One year ago: China’s official news agency said the country’s ruling Communist Party had proposed scrapping term limits for China’s president, appearing to lay the groundwork for Xi Jinping to rule as president beyond 2023. (China’s rubber-stamp lawmakers approved that change on March 11.) The board of directors of The Weinstein Company, co-founded by Harvey Weinstein, said the company would likely file for bankruptcy after last-ditch talks to sell its assets collapsed. (A private equity firm emerged in May as the winning bidder for the company.) Students at the Florida high school where 17 classmates and staff members were killed returned to gather belongings that had been abandoned in panic during the shooting. The Winter Olympics in South Korea came to an end as officials from North and South Korea shared a VIP box at the closing ceremonies with U.S. presidential adviser and first daughter Ivanka Trump.