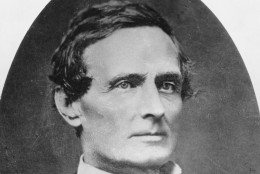 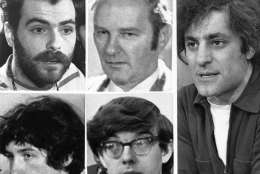 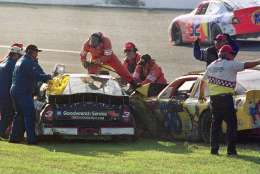 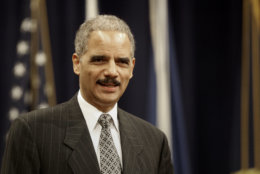 In 1546, Martin Luther, leader of the Protestant Reformation in Germany, died in Eisleben.

In 1861, Jefferson Davis was sworn in as provisional president of the Confederate States of America in Montgomery, Alabama.

In 1913, Mexican President Francisco I. Madero and Vice President Jose Maria Pino Suarez were arrested during a military coup (both were shot to death on Feb. 22).

In 1930, photographic evidence of Pluto (now designated a “dwarf planet”) was discovered by Clyde W. Tombaugh at Lowell Observatory in Flagstaff, Arizona.

In 1943, Madame Chiang Kai-shek, wife of the Chinese leader, addressed members of the Senate and then the House, becoming the first Chinese national to address both houses of the U.S. Congress.

In 1970, the “Chicago Seven” defendants were found not guilty of conspiring to incite riots at the 1968 Democratic national convention; five were convicted of violating the Anti-Riot Act of 1968 (those convictions were later reversed).

In 1972, the California Supreme Court struck down the state’s death penalty.

In 1977, the space shuttle prototype Enterprise, sitting atop a Boeing 747, went on its debut “flight” above Edwards Air Force Base in California.

In 1983, 13 people were shot to death at a gambling club in Seattle’s Chinatown in what became known as the Wah Mee Massacre. (Two men were convicted of the killings and are serving life sentences; a third was found guilty of robbery and assault.)

In 1988, Anthony M. Kennedy was sworn in as an associate justice of the U.S. Supreme Court.

In 1997, astronauts on the space shuttle Discovery completed their tune-up of the Hubble Space Telescope after 33 hours of spacewalking; the Hubble was then released using the shuttle’s crane.

In 2003, an arson attack involving two South Korean subway trains in the city of Daegu claimed 198 lives. (The arsonist was sentenced to life in prison, where he died in 2004.)

Ten years ago: President Barack Obama launched a $75 billion foreclosure rescue plan aimed at saving homes. Secretary of State Hillary Rodham Clinton began a two-day visit to Indonesia. Eric Holder, the nation’s first black attorney general, said in a speech to Justice Department employees marking Black History Month that the United States was “a nation of cowards” on matters of race. Pope Benedict XVI received House Speaker Nancy Pelosi at the Vatican, telling her that Catholic politicians had a duty to protect life “at all stages of its development.”

Five years ago: Megan Rice, an 84-year-old nun, was sentenced in Knoxville, Tennessee, to nearly three years in prison for breaking into a nuclear weapons complex and defacing a bunker holding bomb-grade uranium, a demonstration that exposed serious security flaws at the Y-12 National Security Complex in Oak Ridge. (Two other activists received sentences of just over five years.) Maria Franziska von Trapp, 99, the last surviving member of the seven original Trapp Family Singers of “Sound of Music” fame (and stepdaughter of “the” Maria von Trapp), died in Stowe, Vermont.

One year ago: “Black Panther,” the Marvel superhero film from the Walt Disney Co., blew past expectations to take in $192 million during its debut weekend in U.S. and Canadian theaters. LeBron James scored 29 points and won his third NBA All-Star Game MVP award as his team beat the rival squad headed by Stephen Curry, 148-to-145.