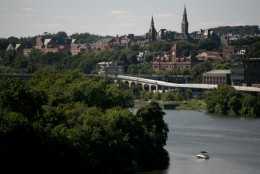 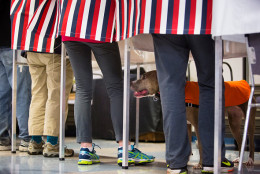 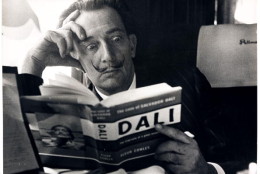 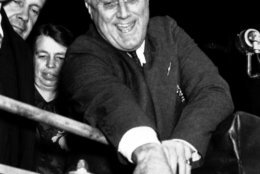 On Jan. 23, 1845, Congress decided all national elections would be held on the first Tuesday after the first Monday in November.

In 1789, Georgetown University was established in present-day Washington, D.C.

In 1933, the 20th Amendment to the U.S. Constitution, the so-called “Lame Duck Amendment,” was ratified as Missouri approved it.

In 1950, the Israeli Knesset approved a resolution affirming Jerusalem as the capital of Israel.

In 1962, Jackie Robinson was elected to the Baseball Hall of Fame in his first year of eligibility. Tony Bennett recorded “I Left My Heart in San Francisco” in New York for Columbia Records.

In 1964, the 24th Amendment to the United States Constitution, eliminating the poll tax in federal elections, was ratified as South Dakota became the 38th state to endorse it.

In 1968, North Korea seized the U.S. Navy intelligence ship USS Pueblo, commanded by Lloyd “Pete” Bucher, charging its crew with being on a spying mission; one sailor was killed and 82 were taken prisoner. (Cmdr. Bucher and his crew were released the following December after enduring 11 months of brutal captivity at the hands of the North Koreans.)

In 1978, rock musician Terry Kath, a key member of the group Chicago, accidentally shot himself to death following a party in Woodland Hills, California; he was 31.

In 1989, surrealist artist Salvador Dali died in his native Figueres, Spain, at age 84.

In 1998, a judge in Fairfax, Virginia, sentenced Aimal Khan Kasi (eye-MAHL’ kahn KAH’-see) to death for an assault rifle attack outside CIA headquarters in 1993 that killed two men and wounded three other people. (Kasi was executed in November 2002.)

Five years ago: Defense Secretary Chuck Hagel ordered immediate actions to define the depth of trouble inside the nation’s nuclear force, which had been rocked by disclosures about security lapses, poor discipline, weak morale and other problems. A fire at a seniors’ home in L’Isle-Verte, Quebec, Canada, killed 32 people. Pop star Justin Bieber was arrested in Miami Beach, Florida, on charges of driving under the influence, resisting arrest and driving with an expired license. (Bieber later pleaded guilty to careless driving and resisting arrest under a deal that spared him jail time.)

One year ago: An early-morning shooting at a high school in Benton, Kentucky, left two 15-year-old students dead and more than a dozen others injured; authorities charged a 15-year-old classmate with murder and assault. LeBron James, at 33, became the youngest player in NBA history with 30,000 career points, reaching that mark during the Cleveland Cavaliers’ 114-102 loss to the San Antonio Spurs; he was the seventh player to score that many points in his career. “The Shape of Water” led the way with 13 Academy Award nominations, including one for best picture. 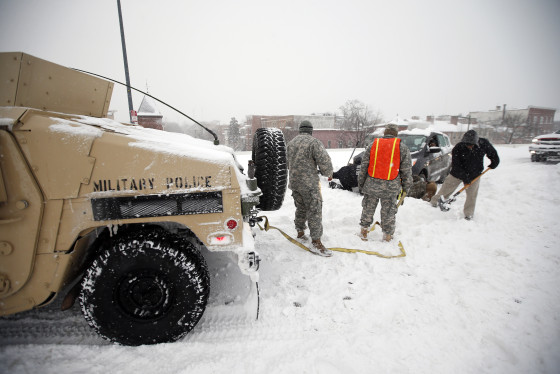 See how conditions deteriorated throughout the greater D.C.-Metro region Jan. 22-23 as Winter Storm Jonas swept through.