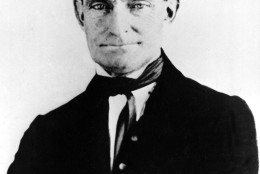 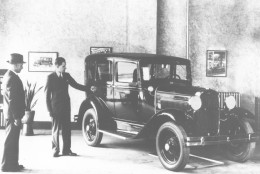 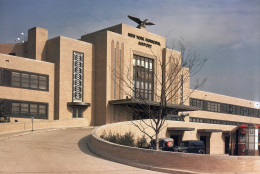 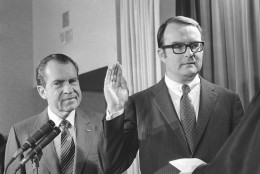 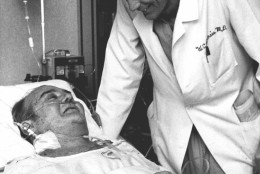 On Dec. 2, 1982, in the first operation of its kind, doctors at the University of Utah Medical Center implanted a permanent artificial heart in the chest of retired dentist Dr. Barney Clark, who lived 112 days with the device.

In 1859, militant abolitionist John Brown was hanged for his raid on Harpers Ferry the previous October. Artist Georges-Pierre Seurat was born in Paris.

In 1939, New York Municipal Airport-LaGuardia Field (later LaGuardia Airport) went into operation as an airliner from Chicago landed at one minute past midnight.

In 1942, an artificially created, self-sustaining nuclear chain reaction was demonstrated for the first time at the University of Chicago.

In 1954, the U.S. Senate passed, 67-22, a resolution condemning Sen. Joseph R. McCarthy, R-Wis., saying he had “acted contrary to senatorial ethics and tended to bring the Senate into dishonor and disrepute.”

In 1957, the Shippingport Atomic Power Station in Pennsylvania, the first full-scale commercial nuclear facility in the U.S., began operations. (The reactor ceased operating in 1982.)

In 1980, four American churchwomen were raped and murdered outside San Salvador. (Five national guardsmen were convicted in the killings.)

In 1993, Colombian drug lord Pablo Escobar was shot to death by security forces in Medellin.

In 2001, in one of the largest corporate bankruptcies in U.S. history, Enron filed for Chapter 11 protection.

In 2015, a couple loyal to Islamic State opened fire at a holiday banquet for public employees in San Bernardino, California, killing 14 people and wounding 21 others before dying in a shootout with police.

Ten years ago: President-elect Barack Obama promised swift action on an economic plan “to solve this crisis and to ease the burden on our states.” Republican Saxby Chambliss won a Georgia runoff, denying Democrats a 60-seat, filibuster-proof majority in the Senate (until Al Franken’s belated victory over Norm Coleman in Minnesota). Folk singer Odetta died in New York at age 77. Henry Molaison, the patient known as “H.M.” whose severe amnesia led to groundbreaking studies of how memory works, died in Connecticut at age 82.

Five years ago: On “Cyber Monday,” perhaps the busiest online shopping day of the year, the Supreme Court refused to wade into a dispute over state sales taxes for purchases on websites like Amazon.com, paving the way for more states to attempt to collect taxes on Internet sales. Actor Christopher Evan Welch, 48, died in Santa Monica, California.

One year ago: President Donald Trump changed his story on why he fired Michael Flynn as his national security adviser, now suggesting that he knew at the time that Flynn had lied to the FBI about his contacts with Russians. ABC News suspended investigative reporter Brian Ross for four weeks without pay for an erroneous report about Flynn. (Ross had reported that then-candidate Trump had directed Flynn to make contact with the Russians; Ross clarified the report hours later, saying that his source now said Trump had not done so as a candidate, but as president-elect.)