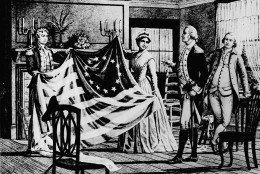 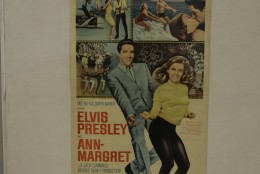 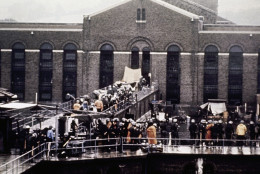 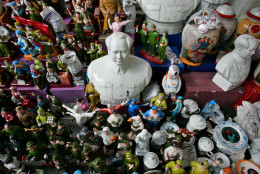 On Sept. 9, 1971, prisoners seized control of the maximum-security Attica Correctional Facility near Buffalo, New York, beginning a siege that ended up claiming 43 lives.

In 1942, during World War II, a Japanese plane launched from a submarine off the Oregon coast dropped a pair of incendiary bombs in a failed attempt at igniting a massive forest fire; it was the first aerial bombing of the U.S. mainland by a foreign power.

In 1943, Allied forces landed at Salerno and Taranto during World War II.

In 1948, the People’s Democratic Republic of Korea (North Korea) was declared.

In 1956, Elvis Presley made the first of three appearances on “The Ed Sullivan Show.”

In 1960, in the first regular-season American Football League game, the Denver Broncos defeated the Boston Patriots, 13-10.

In 1986, Frank Reed, director of a private school in Lebanon, was taken hostage; he was released 44 months later.

In 1991, boxer Mike Tyson was indicted in Indianapolis on a charge of raping Desiree Washington, a beauty pageant contestant. (Tyson was convicted and ended up serving three years of a six-year prison sentence.)

In 2005, Federal Emergency Management Agency Director Michael Brown, the principal target of harsh criticism of the Bush administration’s response to Hurricane Katrina, was relieved of his onsite command.

In 2013, four days of vehicular gridlock began near the George Washington Bridge when two of three approach lanes from Fort Lee, New Jersey, were blocked off; the traffic jam was later blamed on loyalists to New Jersey Gov. Chris Christie over the refusal of Fort Lee Mayor Mark Sokolich (SAHK’-oh-lich) to endorse Christie for re-election. (Christie denied any prior knowledge of the lane closures.)

Ten years ago: In a speech to a joint session of Congress, President Barack Obama summoned lawmakers to enact sweeping health care legislation, declaring the “time for bickering is over.” (In an extraordinary breach of congressional decorum, Rep. Joe Wilson, R-S.C., shouted “You lie!” when the president said illegal immigrants would not benefit from his proposals; Wilson ended up apologizing.) British commandos in Afghanistan freed New York Times reporter Stephen Farrell from Taliban captors, but one commando and a Times translator were killed.

Five years ago: President Barack Obama met privately with congressional leaders at the White House to discuss his plan for taking action against Islamic State militants. Former Massachusetts Sen. Scott Brown glided to an easy win in the Republican primary for Senate in neighboring New Hampshire (he ended up losing in November to incumbent Sen. Jeanne Shaheen (jeen shuh-HEEN’). Apple unveiled its long-anticipated smartwatch as well as the next generation of its iPhone.