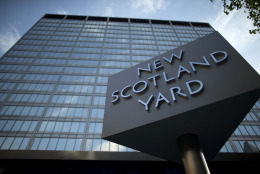 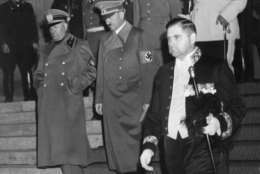 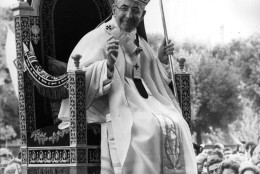 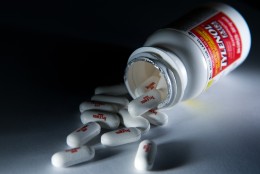 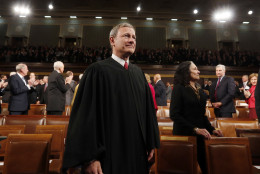 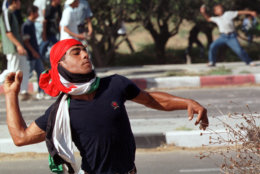 On Sept. 29, 1789, the U.S. War Department established a regular army with a strength of several hundred men.

In 1918, Allied forces began their decisive breakthrough of the Hindenburg Line during World War I.

In 1938, British, French, German and Italian leaders concluded the Munich Agreement, which was aimed at appeasing Adolf Hitler by allowing Nazi annexation of Czechoslovakia’s Sudetenland.

In 1977, the Billy Joel album “The Stranger” was released by Columbia Records.

In 1978, Pope John Paul I was found dead in his Vatican apartment just over a month after becoming head of the Roman Catholic Church.

In 1982, Extra-Strength Tylenol capsules laced with deadly cyanide claimed the first of seven victims in the Chicago area. (To date, the case remains unsolved.)

In 1989, actress Zsa Zsa Gabor was convicted of battery for slapping Beverly Hills police officer Paul Kramer after he’d pulled over her Rolls-Royce for expired license plates. (As part of her sentence, Gabor ended up serving three days in jail.)

In 2001, President George W. Bush condemned Afghanistan’s Taliban rulers for harboring Osama bin Laden and his followers as the United States pressed its military and diplomatic campaign against terror.

In 2005, John G. Roberts Jr. was sworn in as the nation’s 17th chief justice after winning Senate confirmation.

Ten years ago: New York City terrorism suspect Najibullah Zazi pleaded not guilty to conspiring to use weapons of mass destruction in what authorities said was a planned attack on commuter trains. (Zazi later pleaded guilty; he spent nearly a decade helping the U.S. identify and prosecute terrorists, and was rewarded with a sentence that effectively amounted to time already served.) Former Democratic fundraiser Norman Hsu (shoo) was sentenced in New York to more than 24 years in prison for his guilty plea to fraud charges and another four years and four months in prison for his conviction at trial for breaking campaign finance laws; he’s due to be released in 2030. A tsunami killed nearly 200 people in Samoa, American Samoa and Tonga.

Five years ago: In a blistering speech to the United Nations, Israeli Prime Minister Benjamin Netanyahu warned that Hamas and the Islamic State group were “branches of the same poisonous tree,” both bent on world domination through terror, just as the Nazis had done. Ashraf Ghani Ahmadzai was sworn in as Afghanistan’s new president, replacing Hamid Karzai in the country’s first democratic transfer of power since the 2001 U.S.-led invasion toppled the Taliban.

One year ago: Tesla and its CEO, Elon Musk, agreed to pay a total of $40 million to settle a government lawsuit alleging that Musk had duped investors with misleading statements about a proposed buyout of the company.