Celebrity birthdays for the week of Sept. 9-15


FILE – This Aug. 9, 2016 file photo shows actor Hugh Grant at the premiere of “Florence Foster Jenkins” in New York. Grant will be among several cast members from the 2003 film, “Love Actually,” returning for a 10-minute reunion film airing as part of Comic Relief’s “Red Nose Day Special” on NBC in May.
Photo by Evan Agostini/Invision/AP, File
(1/14) 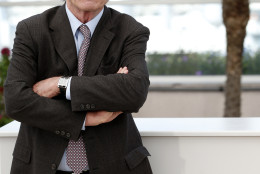