Today in History: May 7 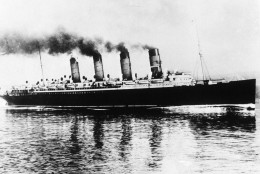 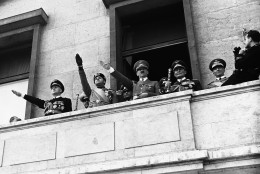 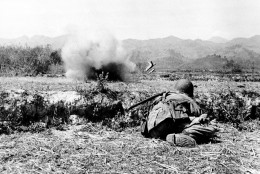 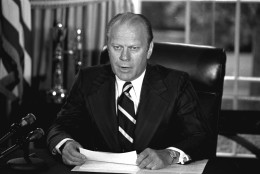 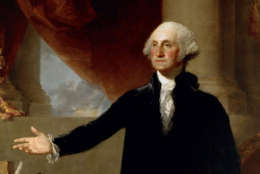 On May 7, 1945, Germany signed an unconditional surrender at Allied headquarters in Rheims (rams), France, ending its role in World War II.

In 1763, Pontiac, chief of the Ottawa Indians, attempted to lead a sneak attack on British-held Fort Detroit, but was foiled because the British had been tipped off in advance.

In 1789, America’s first inaugural ball was held in New York in honor of President George Washington, who had taken the oath of office a week earlier.

In 1915, a German U-boat torpedoed and sank the British liner RMS Lusitania off the southern coast of Ireland, killing 1,198 people, including 128 Americans, out of the nearly 2,000 on board.

In 1939, Germany and Italy announced a military and political alliance known as the Rome-Berlin Axis.

In 1945, the 1944 Pulitzer Prizes were awarded; winners included John Hersey for his novel “A Bell for Adano,” Mary Chase for her play “Harvey,” and Associated Press photographer Joe Rosenthal for his picture of the Iwo Jima flag-raising.

In 1963, the United States launched the Telstar 2 communications satellite.

In 1984, a $180 million out-of-court settlement was announced in the Agent Orange class-action suit brought by Vietnam veterans who said they’d been injured by exposure to the defoliant.

In 1992, the latest addition to America’s space shuttle fleet, Endeavour, went on its first flight.

In 1998, the parent company of Mercedes-Benz agreed to buy Chrysler Corp. for more than $37 billion. Londoners voted overwhelmingly to elect their own mayor for the first time in history. (In May 2000, Ken Livingstone was elected.)

In 2004, Army Pfc. Lynndie England, shown in photographs smiling and pointing at naked Iraqi prisoners, was charged by the military with assaulting the detainees and conspiring to mistreat them. (England was later convicted of conspiracy, mistreating detainees and committing an indecent act, and sentenced to 36 months; she served half that term.)

Ten years ago: A federal jury in Paducah, Kentucky, convicted a former soldier, Steven Dale Green, of raping and fatally shooting a 14-year-old girl after killing her parents and younger sister while he was serving in Iraq. (Green was sentenced to life without possibility of parole; he hanged himself in prison in February 2014.) Former Illinois police Sgt. Drew Peterson was indicted for murder in the death of his third wife, Kathleen Savio. (Peterson was convicted of murdering Savio, and was sentenced to 38 years in prison.) Mickey Carroll, one of the last surviving Munchkins from the 1939 film “The Wizard of Oz,” died in Crestwood, Missouri, at age 89.

Five years ago: Russian President Vladimir Putin softened his tone in a confrontation with the West, declaring that he had pulled his troops away from the Ukrainian border. The Nation’s Report Card said America’s high school seniors lacked critical math and reading skills for an increasingly competitive global economy. The International Olympic Committee awarded the exclusive U.S. broadcast rights to NBC for an additional six games in a record $7.75 billion deal.

One year ago: First lady Melania Trump unveiled what she called the “Be Best” public awareness campaign to help children, focusing on childhood well-being, social media use and opioid abuse. Retired Lt. Col. Oliver North, the Marine at the center of the Iran-Contra affair in the Reagan administration, was named president of the National Rifle Association. New York State Attorney General Eric Schneiderman announced that he would be resigning from office after he was accused of physical violence by women with whom he had been involved; Schneiderman had been a high-profile advocate for women’s issues.