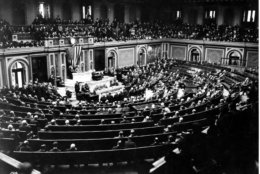 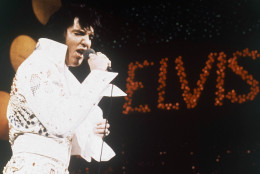 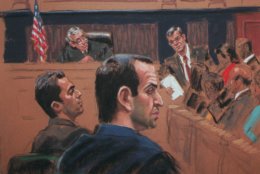 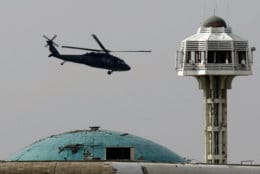 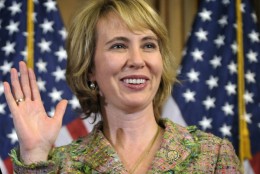 On Jan. 8, 2011, U.S. Rep. Gabrielle Giffords, D-Ariz., was shot and critically wounded when a gunman opened fire as the congresswoman met with constituents in Tucson; six people were killed, 12 others also injured. (Gunman Jared Lee Loughner (LAWF’-nur) was sentenced in November 2012 to seven consecutive life sentences, plus 140 years.)

In 1815, the last major engagement of the War of 1812 came to an end as U.S. forces defeated the British in the Battle of New Orleans, not having gotten word of the signing of a peace treaty.

In 1912, the African National Congress was founded in Bloemfontein, South Africa.

In 1918, President Woodrow Wilson outlined his Fourteen Points for lasting peace after World War I. Mississippi became the first state to ratify the 18th Amendment to the Constitution, which established Prohibition.

In 1935, rock-and-roll legend Elvis Presley was born in Tupelo, Mississippi.

In 1968, the Otis Redding single “(Sittin’ On) The Dock of the Bay” was released on the Volt label almost a month after the singer’s death in a plane crash.

In 1982, American Telephone and Telegraph settled the Justice Department’s antitrust lawsuit against it by agreeing to divest itself of the 22 Bell System companies.

In 1998, Ramzi Yousef (RAHM’-zee YOO’-sef), the mastermind of the 1993 World Trade Center bombing, was sentenced in New York to life in prison without the possibility of parole.

In 2004, A U.S. Black Hawk medivac helicopter crashed near Fallujah, Iraq, killing all nine soldiers aboard.

In 2008, Sen. Hillary Rodham Clinton powered to victory in New Hampshire’s 2008 Democratic primary in a startling upset, defeating Sen. Barack Obama and resurrecting her bid for the White House; Sen. John McCain defeated his Republican rivals to move back into contention for the GOP nomination.

Ten years ago: President-elect Barack Obama urged lawmakers to work with him “day and night, on weekends if necessary” to approve the largest taxpayer-funded stimulus ever. Obama named Virginia Gov. Tim Kaine the next Democratic National Committee chairman. The U.N. Security Council called for an immediate cease-fire in Gaza by a 14-0 vote, with the United States abstaining. No. 1 Florida beat No. 2 Oklahoma 24-14 for the BCS national title. Cornelia Wallace, former wife of Alabama Gov. George Wallace, died in Sebring, Fla. at age 69.

Five years ago: Emails and text messages obtained by The Associated Press and other news organizations suggested that one of New Jersey Gov. Chris Christie’s top aides engineered traffic jams in Fort Lee in Sept. 2013 to punish its mayor for not endorsing Christie for re-election; Christie responded by saying he’d been misled by the aide, and he denied involvement in the apparent act of political payback. Greg Maddux, Tom Glavine and Frank Thomas were elected to baseball’s Hall of Fame.

One year ago: The Trump administration said it was ending special protections for immigrants from El Salvador, an action that could force nearly 200,000 to leave the U.S. by September, 2019 or face deportation. Alabama beat Georgia in overtime, 26-23, to claim the College Football Playoff national championship after freshman quarterback Tua Tagovailoa (tag-oh-vay-LOH’-ah) came off the bench to spark a comeback. A judge in Las Vegas dismissed criminal charges against Nevada rancher Cliven Bundy and his sons, who were accused of leading an armed uprising against federal authorities.

historical photos | January 8 | this date in history | Today in History