Coronavirus News: Fairfax Co. votes to increase substitute teacher pay | Is it time to get a COVID-19 booster? Which one? | Local cases of COVID-19 | How many in DC region are vaccinated?
Home » Photo Galleries » Today in History: Jan. 6. 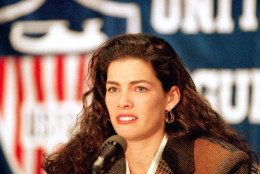 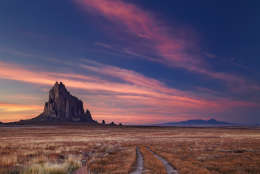 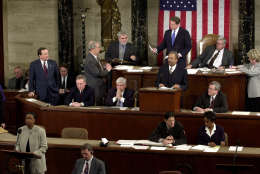 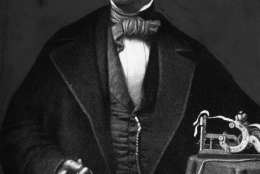 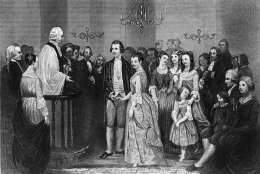 In 1838, Samuel Morse and Alfred Vail gave the first successful public demonstration of their telegraph in Morristown, New Jersey.

In 1919, the 26th president of the United States, Theodore Roosevelt, died in Oyster Bay, New York, at age 60.

In 1941, President Franklin D. Roosevelt, in his State of the Union address, outlined a goal of “Four Freedoms”: Freedom of speech and expression; the freedom of people to worship God in their own way; freedom from want; freedom from fear.

In 1968, a surgical team at Stanford University School of Medicine in Palo Alto, California, led by Dr. Norman Shumway performed the first U.S. adult heart transplant, placing the heart of a 43-year-old man in a 54-year-old patient (the recipient died 15 days later).

In 1974, year-round daylight saving time began in the United States on a trial basis as a fuel-saving measure in response to the OPEC oil embargo.

In 1994, figure skater Nancy Kerrigan was clubbed on the leg by an assailant at Detroit’s Cobo Arena; four men, including the ex-husband of Kerrigan’s rival, Tonya Harding, went to prison for their roles in the attack. (Harding pleaded guilty to conspiracy to hinder prosecution, but denied any advance knowledge about the assault.)

In 1998, In a new bid to expand health insurance, President Clinton unveiled a proposal to offer Medicare coverage to hundreds of thousands of uninsured Americans between the ages of 55 to 64.

In 2001, with Vice President Al Gore presiding in his capacity as president of the Senate, Congress formally certified George W. Bush the winner of the bitterly contested 2000 presidential election.

In 2003, Iraqi President Saddam Hussein accused U.N. inspectors of engaging in “intelligence work” instead of searching for suspected nuclear, chemical and biological weapons in his country.

Ten years ago: Congress opened for business at the dawn of a new Democratic era with vows to fix the crisis-ridden economy; Republicans pledged cooperation in Congress as well as with President-elect Barack Obama _ to a point. Obama vowed to “bring a long-overdue sense of responsibility and accountability to Washington” and called the need for budget reform “an absolute necessity.” Cheryl Holdridge, one of the original Mouseketeers on “The Mickey Mouse Club,” died in Santa Monica, Calif., at age 64.

Five years ago: The U.S. Supreme Court stayed a decision by a federal judge striking down Utah’s ban on same-sex marriage so that the 10th Circuit Court of Appeals in Denver could decide the issue. (In June 2014, the Court of Appeals overturned the ban; in October, the U.S Supreme Court turned away appeals from five states seeking to preserve their bans, including Utah.) By a vote of 56-26, the U.S. Senate confirmed Janet Yellen as the first woman to lead the Federal Reserve. No. 1 Florida State beat No. 2 Auburn 34-31 in the BCS National Championship Game.

One year ago: Pushing back against a new book that said his own aides questioned his competence, President Donald Trump defended his mental fitness in a series of tweets, saying that he is “like, really smart” and “a very stable genius.” Japanese air bag maker Takata said it was recalling an additional 3.3 million faulty air bag inflators, expanding the largest automotive recall in U.S. history. About 100 million Americans were faced with a gusty deep freeze that followed a whopping East Coast snowstorm; the wind chill was close to minus 100 on New Hampshire’s Mount Washington.