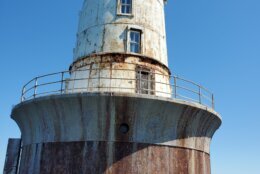 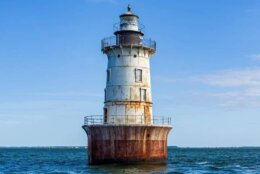 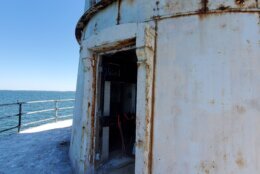 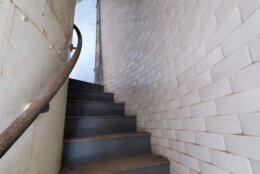 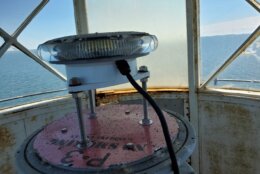 The 120-year-old Hooper Island Lighthouse, built in the middle of the Chesapeake Bay, has been around much longer than Rich Cucé — but he said the history drew him in: “About a year ago, I started becoming obsessed with buying a lighthouse.”

He won an online auction held by the General Services Administration in September 2022 and paid $192,000 for the dilapidated lighthouse — but still hasn’t had a chance to see it in person. “I knew a little bit about the process. I still am not quite sure about what I’m getting into, but it’s turning out to be quite interesting,” Cucé said.

It’s a massive undertaking, but for a seasoned real estate investor and owner of a Pennsylvania industrial painting company, it’s a great find.

“We’re always looking for interesting stuff to do. To find a building that is made out of metal … so all I have to do is blast and paint it … it just seemed to be perfect for me,” he added, also noting the scenery and opportunities to preserve the natural environment. “It’s just so critical to restore this structure and have it be a place where people can meet and study.”

Since the lighthouse is on the National Register of Historic Places, it must be restored back to its original look, which is good news for Cucé.

“I want it to look original. It’s going to have the brownish red base and white in the center, and then the black at the top.”

His team will also install sustainable energy sources, in addition to the solar power already in use at the lighthouse.

Cucé signed an agreement with the U.S. Navy, who will be conducting warfare testing in the area, which will put the lighthouse off-limits during certain times as a safety precaution.

Other obstacles include getting into the lighthouse itself, which is 18 feet above water. Visitors will need to climb from a rocking boat to the ladder, all while dealing with the sometimes intense current. “That scared a lot of people away but I’m not afraid of it, so we’re gonna build a dock,” Cucé said, laying out his plan to make Hooper Island accessible.

He said his plans include something exciting for anyone who may be curious about the abandoned lighthouse and its revitalization process. It’s transformed into a project that has garnered support from across the internet.

“I get choked up, people are messaging me about it. I never knew there was such a love for lighthouses. So many people want to see the bay get restored,” he said, laying out plans to bring fans along for the journey through videos and social media.

While Cucé said he doesn’t intend to make a profit off the project, he does have plans for it — including an oyster farm, underwater conservation projects and lighthouse-shaped wine and beer.

“I want something more meaningful in my life. I think I really hit on something. I feel so good about what I’m doing everyday.”