A man has been indicted on obstruction of justice charges in connection with the unsolved 2017 killing of Meiko Locksley, the son of Maryland head football coach Mike Locksley.
Listen now to WTOP News WTOP.com | Alexa | Google Home | WTOP App | 103.5 FM

A man has been indicted on obstruction of justice charges in connection with the unsolved 2017 killing of Meiko Locksley, the son of Maryland head football coach Mike Locksley.

John Willie Kennedy Jr. is accused of lying under oath to a federal grand jury investigating Meiko Locksley’s killing, according to the indictment, which was unsealed Friday in U.S. District Court in Baltimore.

Kennedy is also charged with obstruction of an official proceeding.

The indictment indicates Kennedy appeared before the grand jury on April 21, 2021.

Meiko Locksley was fatally shot in the chest in Columbia, Maryland, in September 2017. Police have released few details about the shooting over the years and have never publicly identified a suspect or suspects, but they have said they don’t believe the shooting was random.

In September 2020, Meiko Locksley’s family and the Howard County Police announced a reward for information in the case had been increased to $20,000.

At the time of his son’s killing, Mike Locksley was a coach at the University of Alabama; he returned to Maryland in 2018. 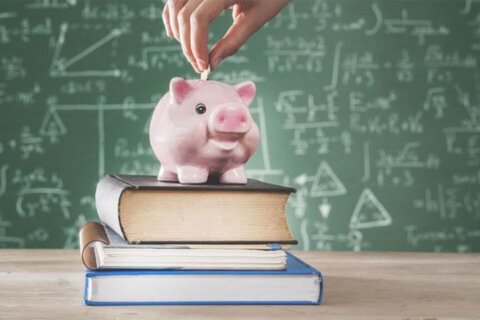