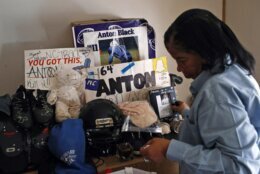 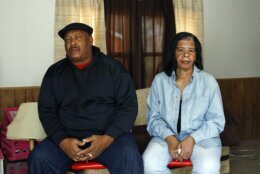 Relatives of a 19-year-old Black man who died during a struggle with police officers on Maryland’s Eastern Shore have reached a $5 million partial settlement of their wrongful death lawsuit, an agreement that also requires improvements in police training and policies, family attorneys announced Monday.

The family’s federal lawsuit accused police of using excessive force on Anton Black after they chased him and tried to restrain him outside his family’s home in rural Greensboro, Maryland, in 2018. Officers handcuffed Black and shackled his legs before he stopped breathing.

The lawsuit also accused police of trying to cover up an unjustified killing, falsely claiming that Black was high on drugs and exhibiting “superhuman” strength.

The $5 million settlement amount includes attorneys’ fees and costs, according to a family lawyer. The agreement requires the three towns to update their policies governing police officers’ use of force, to provide officers with mental health training and annual training on “implicit bias” and de-escalation techniques.

Black had been diagnosed with a severe form of bipolar disorder. He was hospitalized less than two weeks before his death after his father called police, concerned that his son had been acting strangely at home.

An expert for the lawsuit’s plaintiffs, a cardiologist at Johns Hopkins University, concluded that asphyxiation was the cause of Black’s death.

“There was nothing accidental about it,” family attorney Rene Swafford said at a news conference on Monday.

A police body camera captured parts of Black’s encounter with police on Sept. 15, 2018. The video shows Webster confronting Black in response to a 911 call that a man was roughly dragging a child down the road in a headlock.

The boy, a friend of Black’s family, told the officer that Black was “schizophrenic” and had been acting strangely. When Webster ordered Black to place his hands behind his back and told him he was under arrest, Black said, “I love you,” and then turned and jogged in the opposite direction.

Manos and Lannon were off duty when they tried to help Webster arrest Black.

After Black jogged back to his family’s home and got into a car, Webster used a baton to smash a car window and then used a stun gun on Black. Later, during a struggle on the porch of his family’s home, Black lost consciousness as Manos, Lannon and Webster tried to restrain him.

“Even after Anton was handcuffed, the officers ignored the danger they were causing and kept Anton in a prone restraint for approximately six minutes as he struggled to breathe, lost consciousness and suffered cardiac arrest,” the lawsuit says.

Black’s mother stood nearby, yelling his name and begging for him to respond. Black later was pronounced dead at a hospital.

“They had to know that he was dying,” said Anton’s father, Antone Black. “They killed my son for no reason.”

In January, a federal judge refused to throw out the lawsuit. U.S. District Judge Catherine Blake said body camera video of the deadly encounter doesn’t conclusively contradict the family’s claims that police used excessive force on Black. The judge concluded that a reasonable jury “could reach more than one conclusion” about whether officers used a reasonable degree of force against Black.

Lawyers from the American Civil Liberties Union of Maryland are among the attorneys representing Black’s family.

Attorneys for the three towns and other municipal defendants didn’t immediately respond to a telephone call seeking comment on the settlement.

The family and the Coalition for Justice for Anton Black filed their lawsuit in December 2020. The suit said Black died in a “chillingly similar manner” as George Floyd, the Black man whose May 2020 killing by a Minneapolis police officer led to global protests against racial injustice and police abuses. 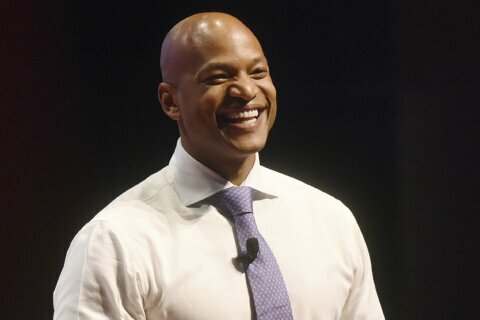