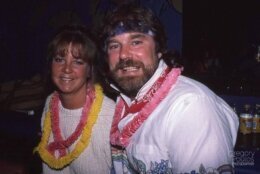 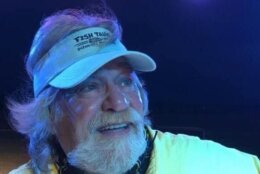 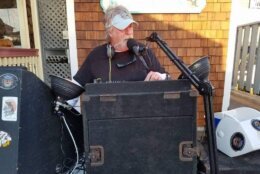 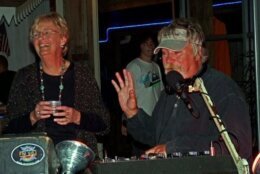 The local legend’s death was announced by a newspaper, The Dispatch, in a Facebook post late Sunday afternoon.

He entertained beachgoers and locals for more than four decades under the name DJ Batman. Memorial Day marked his 42nd year in Ocean City, according to his Facebook page.

Affectionately known as the “Night Time Mayor of Ocean City,” Beatty’s presence in the community went beyond music. He could be found emceeing events or attending ribbon-cutting ceremonies. He also hosted parties on Ocean City’s boardwalk.

“There are more than a few gray-haired local residents and visitors who frolicked to Batman’s antics when they were 20-something’s now have grown children of their own who, in recent years, enjoyed Batman’s shows and his tireless entertainment and his endless calls for a ‘Social,'” The Dispatch reported.

Tributes poured out on social media of people sharing memories and photos. Here’s one from a radio station he worked for, Ocean 98.1 WOCM.

He hosted “DJ Batman’s Hair of the Dog Show” on the music station. He also is a former host of Comcast’s “This Week at the Beach.”

Beatty, who studied at Towson University, was also a veteran of the U.S. Air Force. He hosted a show on the American Forces Radio Network at Ching Chuan Kang Air Base, Taichung. The network provides radio and TV programming to U.S. troops and members of the Department of Defense, and their families, while oversees.