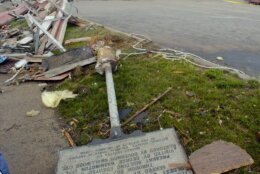 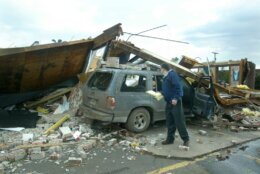 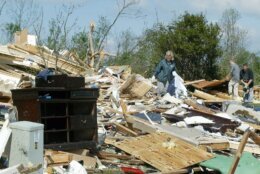 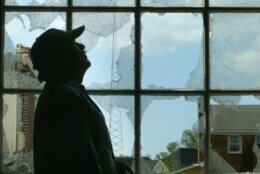 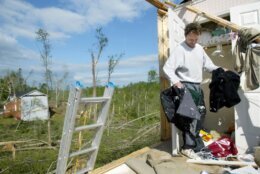 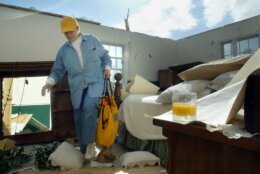 The twister leveled or severely damaged approximately 500 buildings, with the worst damage near the downtown business district, off Maryland State Route 6 near U.S. Route 301.

“This tornado tracked from west-to-east at nearly 60 mph across southern Maryland. Although F4 tornadoes are rare in the Mid-Atlantic, even more rare with this event was its location well outside of the climatologically favored area of the country for violent tornadoes,” according to the National Weather Service.

“Large portions of houses (were) completely lifted up and transported several hundred feet down the road,” Dildine said. “The number of vehicles that were picked up from parking lots here, there, (and) driveways, flipped, tossed, turned.”

Despite the damage, the human toll was likely lessened by the fact the tornado struck on a Sunday evening. On Nov. 9, 1926, a tornado killed 13 children at a La Plata school, according to the National Weather Service.

Ten years after the storm, the town put together an exhibit with before and after photos, showing how La Plata had recovered.

The Town of La Plata will commemorate the tornado’s 20th anniversary with a ceremony on the Town Hall concert lawn at 6:30 p.m.

See the aftermath of the tornado.