On Wednesday, a Salisbury man took home $2 million on a scratch-off following a $2 million win from several years ago, according to Maryland Lottery officials.

The first ticket he selected was a $100 win, followed by a “gold bar” over a $2 million cash prize. A prize he admitted being unwilling to cash because of the pandemic.

“I was just a bit nervous,” the man said in a statement. “I worried that I could have a fire (at home) that would burn it up, that the ticket’s expiration date might come up and even had just a bit of doubt that it was really real.”

When he first won several years ago, the man decided to use his prize money to finance his retirement and take his family on vacation.

In Sept., a second person won $2 million in a scratch off from the VIP Club ticket at a Royal Farms in Laurel, Maryland. He was one of two winners in that scratch-off series.

Editor’s note: Maryland lottery winners do not have to identify themselves, and recent winners included in this story have chosen to conceal their identities. 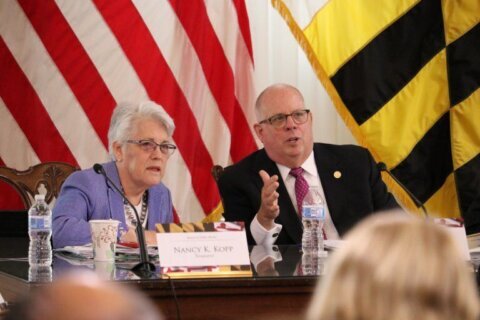