Maryland Republican Gov. Larry Hogan is outlining a $150 million plan to, in his words, “re-fund the police,” that would boost funding to local police departments across the state, including for officer pay, body cameras and victim services.

The plan, which comes amid a troubling rise in crime across the U.S. — including in Maryland’s largest city, Baltimore — “will provide a desperately needed shot in the arm to our state and local police agencies and their critical efforts to stop crime,” Hogan said at a statehouse news conference Friday.

In addition, the state will provide a 100% match for all CrimeStopper rewards, “to further incentivize more witnesses to come forward and offer testimony, so that more violent criminals are actually convicted and taken off our streets.”

Hogan took a hard line against what he called efforts to “defund the police.”

“The reality is that our police are underfunded and under attack,” Hogan said. “To reverse the tide of rising crime, we need to stop demonizing and sabotaging the dedicated men and women who risk their lives every single day, to keep the rest of us safe. Enough is enough. We cannot defund, the police. We need to refund the police.”

Hogan said some of the items outlined would be included in next year’s budget request.

Democratic State Sen. Guy Guzzone, the chair of the Senate Budget and Taxation Committee, said that there were no cuts to victims’ services. However, the budget passed by the General Assembly prioritized an “anticipated decrease in (Victims of Crime Act) funding for community providers first, with the assumption that the state government would have flexibility to shift money to also maintain full funding for any state-run programs,” Maryland Matters reported.

In a statement, Maryland Democratic Senate President Bill Ferguson, said, “Nothing is more important than ensuring public safety throughout the State. Enhancing law enforcement trust and effectiveness is an important objective to create that safety. We have and we will continue to support investments that enhance trust and safety.”

But he said police are just one part of creating safer communities and “genuinely improving public safety isn’t juts about writing a bigger check.”

The statement added, “Divisive rhetoric does not make us safer, and we hope the Administration will join us moving forward to focus on problem solving. Communities deserve targeted, thoughtful, and data-driven approaches, and the Maryland General Assembly will continue doing that work.”

Speaker of the House of Delegates Adrienne Jones said the house is looking forward to a “concrete partnership” on the issue, and she said delegates are ready for a conversation that improves policing and reduces crimes “once there are real ideas — not rhetoric.” 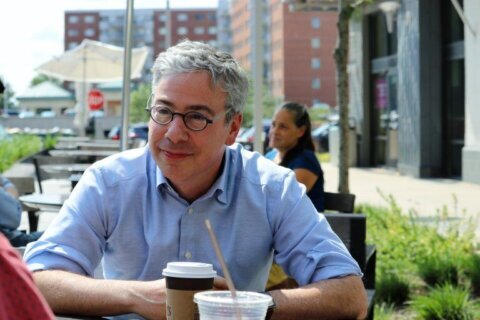