Some Marylanders have trouble getting unemployment payments

Each week, some of those utilizing Maryland’s unemployment insurance program say that after experiencing issues logging onto the state’s BEACON website, they find themselves needing to reapply to keep their checks coming.
Listen now to WTOP News WTOP.com | Alexa | Google Home | WTOP App | 103.5 FM

Some people collecting unemployment benefits from the state of Maryland say a normally simple weekly check-in online was far from that this time around.

This week, some of those using Maryland’s unemployment insurance program said that after experiencing issues logging onto the state’s BEACON website, which is used to manage its unemployment system, they find themselves needing to reapply to keep their checks coming.

Brian Norwood, 50, of Tennessee, used to work at a Silver Spring hotel that shutdown in October. Since then, he has been collecting unemployment as he tries to find another job, but he said while trying to get into the portal, he was greeted with a message telling him he needed to resubmit his information to determine if he is still eligible to receive the payments.

He wasn’t alone, with many taking to Twitter, Reddit and social media accounts for the state agencies to express concern about what they encountered.

Norwood, who has had issues in the past with the system, said that before reapplying he noticed people on Twitter saying doing so appeared to remove their federal benefits from their account, which amounts to $300 a week. So, he picked up the phone to call the Maryland Department of Labor, he said.

“I literally called for like three or four hours nonstop this morning, and I never got through,” Norwood said.

Fallon E. Pearre, a spokeswoman for the Maryland Department of Labor, told WTOP in an email that some people must reapply for benefits due to federal requirements. Some of the reasons could be they didn’t apply for benefits last week, 52 weeks had passed since they first applied, or for another reason their eligibility needed to be reevaluated.

For those eligible, she said, the extra federal dollars will be paid through July 3, the end date set for the extra payments by Gov. Larry Hogan.

Jasmine Dale, 29, of Salisbury said she found herself unable to advance through the weekly certification process on Monday. Once calling the state, Dale said she was told the website was experiencing issues and an agent on the phone needed to help her get through the process of answering her weekly questions.

“You’re hoping BEACON will resolve itself, the tweets [from the Maryland Department of Labor] are saying that BEACON’s not broken, but the agents are saying that it is. It’s just like a cat-and-mouse game,” Dale said.

As to the program’s website having problems, Pearre said there are “no issues” with the BEACON website.

Pearre said for those not needing to reapply, they have until Saturday, June 12, to file their weekly certification.

“Many claimants have already successfully filed their weekly claim certifications,” Pearre said. She added “the number of certifications filed continues to increase every hour.” 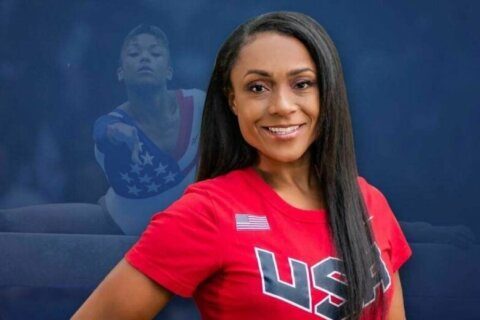