That bill, House Bill 16, introduced by Del. Vaughn M. Stewart (D-Montgomery), would require counties that have agreements with Immigration and Customs Enforcement to jail detainees to end their contracts by Oct. 1, 2022.

In a veto message, Hogan said local law enforcement “should fully cooperate with federal law enforcement — a principle I have consistently upheld throughout three federal administrations led by presidents from both political parties. Flawed legislation such as this sets a dangerous precedent regarding the state’s commitment to upholding the law and ensuring the safety of our citizens.”

Two counties in the state have detention contracts with the federal immigration agency: Frederick and Worcester. The ICE contracts generate about $4 million in payments from the federal government for Worcester County — more than 40% of the jail’s annual budget —and about $1 million for Frederick County, according to legislative analysts.

As the legislation was being debated, Howard County Executive Calvin Ball (D) announced that his county would end an ICE contract by this month; officials announced on May 13 that the last immigration detainee had been transferred from the county.

The bill does not require counties to end 287 (g) agreements though which local jails conduct queries on the immigration status of people arrested and detain them for up to 48 hours on ICE’s behalf. Cecil, Frederick and Harford counties participate in that program. Those contracts may need to be updated if lawmakers override Hogan’s veto.

Hailed as a public health bill by advocates, SB 420, sponsored by Sen. Jill P. Carter (D-Baltimore City), would decriminalize certain drug paraphernalia, including hypodermic needles and syringes. The bill also reduces the maximum penalty for possession from four years in prison and a $25,000 fine to one year imprisonment and a $1,000 fine. Possession of paraphernalia with the intent to illegally manufacture or distribute drugs would still be illegal under the bill.

In a veto message, Hogan said the bill “completely erases the illegality of certain controlled dangerous substance paraphernalia by legalizing the delivery, sale, manufacturing, and possession of these dangerous and damaging items. This is an ill-advised policy change that does nothing to remove drug dealers from our streets or reduce opioid-related fatalities, and instead encourages the use and possession of paraphernalia associated with drug use.”

Senate Bill 420 passed the Senate without a veto-proof majority, 28-19.

In a veto message, Hogan said he agreed that people serving life sentences with the possibility of parole deserve meaningful consideration for release.

“I also recognize that each of the crimes that these individuals committed includes a victim and a family that had their lives forever altered by the actions of another,” Hogan wrote. “I have an obligation to ensure the safety of all Marylanders, and including the governor in the parole process provides an important check on the Maryland Parole Commission, especially since the individuals who are sent to me for consideration have committed truly horrendous crimes, including first degree murder, rape, and sexual assault.”

Maryland is one of three states to require its governor to approve parole recommendations before people serving life sentences can be released; advocates have argued that this unnecessarily brings politics into the decision-making process. In lieu of the governor’s signature on final parole decisions, the bill would require six of the 10 members of the Maryland Parole Commission to vote for parole.

Hogan is the first governor to sign off on a parole recommendation since the late William Donald Schaeffer (D).

“For years, there has been bipartisan agreement that the current parole system is broken, the war on drugs is not working, and we are facing a broken immigration system. What is clear is that there are two visions of Maryland, one where we believe in the power of opportunity and one where we create fear and divisiveness with our neighbors,” Ferguson said. “Democrats and some Republicans in the General Assembly believe in the former, but it is sadly clear that Republicans, pulled by a hard right faction believe in the latter. I am disappointed to see the Governor veto these commonsense measures, and look forward to discussing these issues with members of the Senate and House Leadership before the Legislature reconvenes.”

During the 2021 General Assembly session, the legislature overrode more than 40 bills vetoed by Hogan in 2020 and 2021.

MASK OFF: Gov. Hogan just vetoed the Dignity Not Detention Act, my bill to ban ICE detention centers in Maryland. Hogan plays a “moderate” on MSNBC, but has never been a friend to our immigrant neighbors.

I look forward to the General Assembly overriding this veto next session.

Only in the radicalized GOP of Trump and Taylor Greene could Hogan be seen as a moderate. In his veto letter on HB 23 he explicitly states that he thinks ICE should be able to search ANY database operated by state, local, OR PRIVATE vendors without a warrant. (emphasis mine) https://t.co/MohTrMip6r 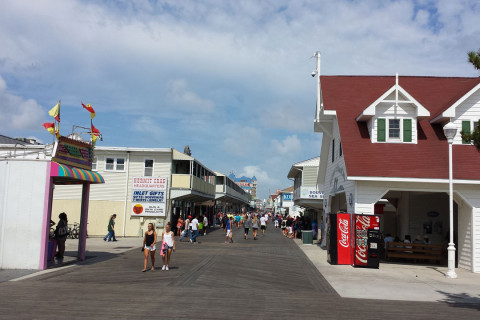