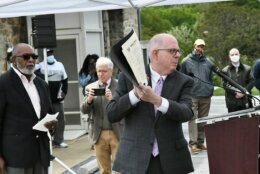 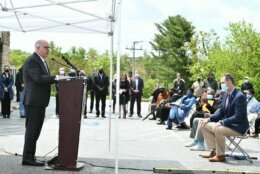 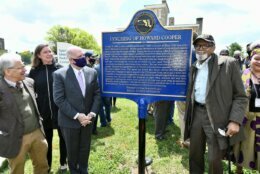 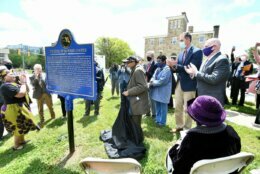 Maryland Gov. Larry Hogan issued posthumous pardons for 34 male victims of racial lynchings in the state that occurred between 1854 and 1933, saying the killings “violated fundamental rights to due process and equal protection of law.”

Hogan announced the pardons at an event in Towson, Maryland, on Saturday, held in honor of Howard Cooper, a 15-year-old Black boy lynched by a white mob in Baltimore nearly 136 years ago.

The teenager had been convicted of rape by an all-white jury after a few minutes, and later taken from his jail cell and lynched in 1885, according to the governor’s office. Cooper was posthumously pardoned at the Saturday event for his convictions of assault and rape.

In 2019, Hogan signed a law to create the Maryland Lynching Truth and Reconciliation Commission — the first lynching commission in the country.

The Maryland Lynching Memorial Project and Michelle St. Pierre’s students at Loch Raven Technical Academy in Towson sent a petition to Hogan requesting he grant a posthumous pardon to Cooper.

In response, Hogan had his chief legal counsel review all of the documentations and newspaper records of racial lynching in the state.

Each pardon absolves the lynching victims of any criminal offense.

“My hope is that this action will at least in some way help to right these horrific wrongs and perhaps bring a measure of peace to the memories of these individuals, and to their descendants and loved ones,” Hogan said.

Hogan sent a letter to President Joe Biden on Saturday urging him to institute a U.S. Truth, Racial Healing and Transformation Commission.