When a family member gets ill, many Marylanders have to choose between caring for them or paying the bills.

But legislation being considered by the Maryland General Assembly, called the Time to Care Act, would allow employees to take up to 12 weeks of paid family leave to care for themselves or family members with serious health conditions or disabilities, or to care for new children.

“We have found that only 17% of U.S. workers have access to paid family leave,” said Myles Hicks, executive director of the group Maryland Rise, during a discussion of the bill at the Prince George’s County’s Commission for Women legislative briefing. “Fewer than 30% have paid personal leave for short-term disabilities. Nearly 25% of women take 10 or fewer days of maternity leave, and that puts themselves and their child at risk physically and emotionally.”

Women are disproportionally impacted, as they are the ones more likely to leave work to care for a family member, Hicks said.

In most cases, those women’s jobs are covered by the federally mandated Family Medical Leave Act, which allows workers to take up to 12 weeks off work — unpaid — to care for a family member.

“But what that doesn’t do is provide that really important economic continuity, and that is what this legislation would do,” said Michelle Siri, with the Women’s Law Center. “This lack of paid family leave is probably one of the biggest gender justice issues that our nation’s facing right now.”

According to Siri, two-thirds of women in Maryland are either the sole, primary or co-breadwinners for their families.

Additionally, many of the jobs women hold have been disproportionally impacted by the COVID-19 pandemic.

“What we have been seeing is something economists are calling the ‘she-cession,'” Siri said. “This phenomenon, where women have been over-representing sectors such as hospitality, leisure, restaurants and education — they account for as much as 83% of jobs lost in those sectors.”

Siri said the impact has been even more devastating for Black and Latina women, who make up a disproportionate percentage of workers in those female-dominated sectors.

And while some areas of the workforce are seeing a bit of regrowth now that there are COVID-19 vaccines, women are still losing out.

“While men saw an increase in the job force in December — they gained 16,000 jobs — women lost 156,000 jobs during that same time period,” Siri said, “In other words, women accounted for all of the jobs lost in the month of December in this country.”

So, how will this leave be paid for? The bill would be funded by contributions from employers and employees. According to Hicks’ calculations, the cost would be approximately $7.24 a week total for each employee.

“As of right now, the bill is written that it would be a 50-50 split … So that number would be split and come out to somewhere around $3.60 a week from the employer and as well from employees,” Hicks said.

The legislation would also include businesses of all sizes. Though the Family Medical Leave Act applies only to businesses with 50 or more employees, the state’s Time to Care Act would include all businesses, no matter how small.

“The point of being able to keep the price of this low for everyone involved is having a bigger pool of people,” Hicks said. “The goal is to have as many businesses, as many employees involved as possible.”

The Time to Care Act was heard in the Maryland Senate on Jan. 28, and will go to the Maryland House on Feb. 23. 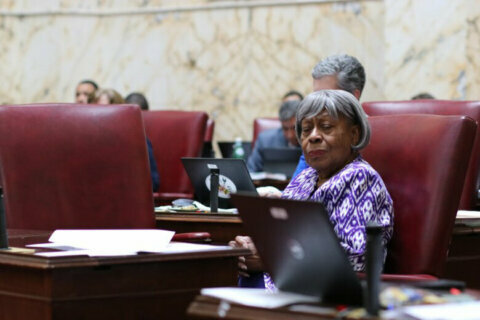 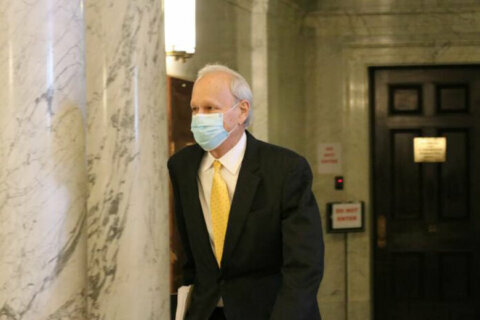