Md. Gov Larry Hogan announced an array of upbeat coronavirus metrics on Sunday as the state continues its fight against the virus.

In a news release, Hogan said that the daily and 7-day positivity rate dipped below 2% and 3%, respectively, with hospitalizations falling below 300 and ICU levels dropping below 70 — their lowest levels since March.

The statewide positivity rate has now been under 5% for 87 days, or since June 25, according to the release, with the 7-day positivity rate hitting 2.85% for the first time since the pandemic began. 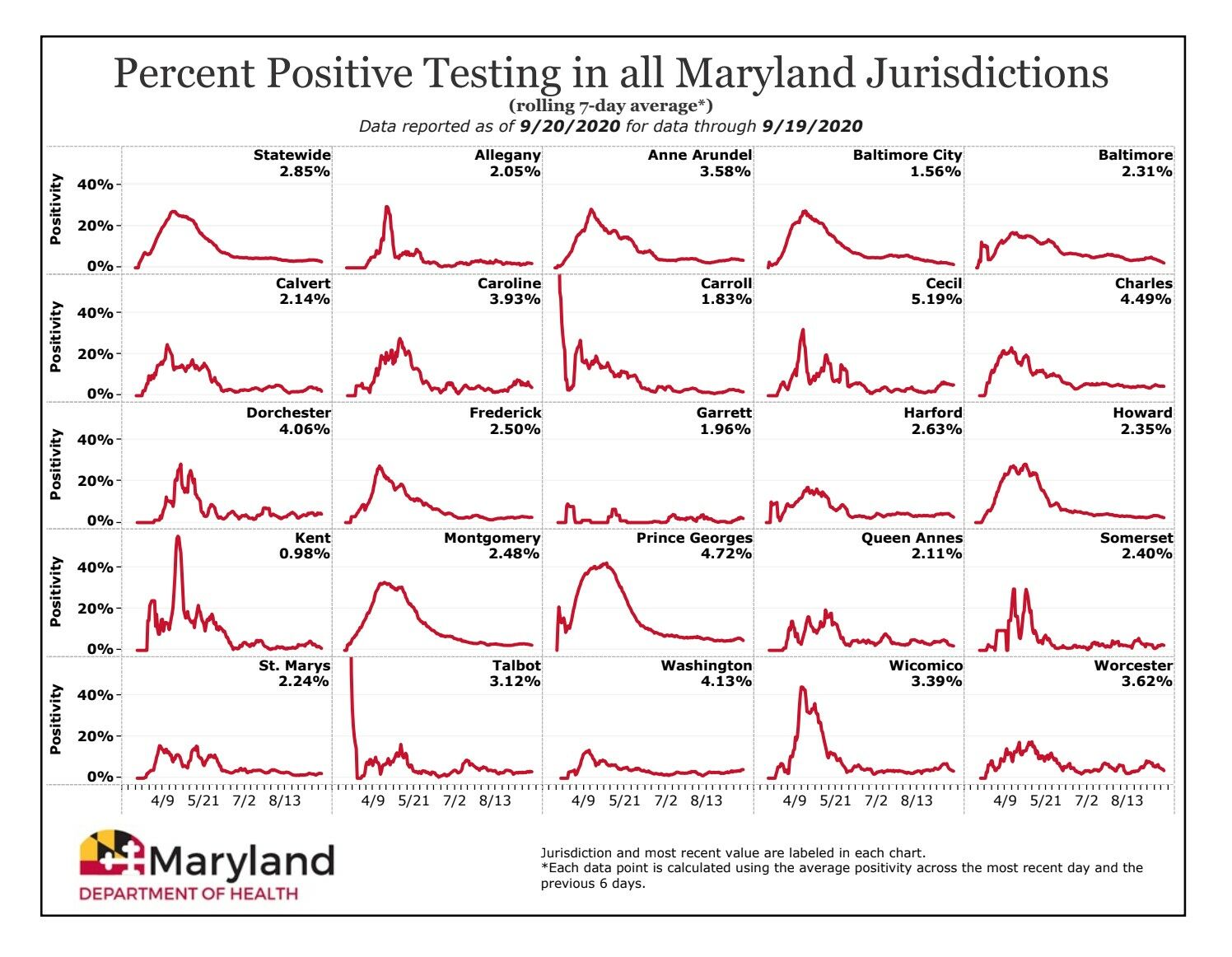 It is also the first time hospitalizations have been below 300 since March 30, according to the release. They now stand at 281.

The release also said ICU bed usage is currently at 68, the lowest it has been since March 26 — bringing ICU bed usage down 56% since July 25. 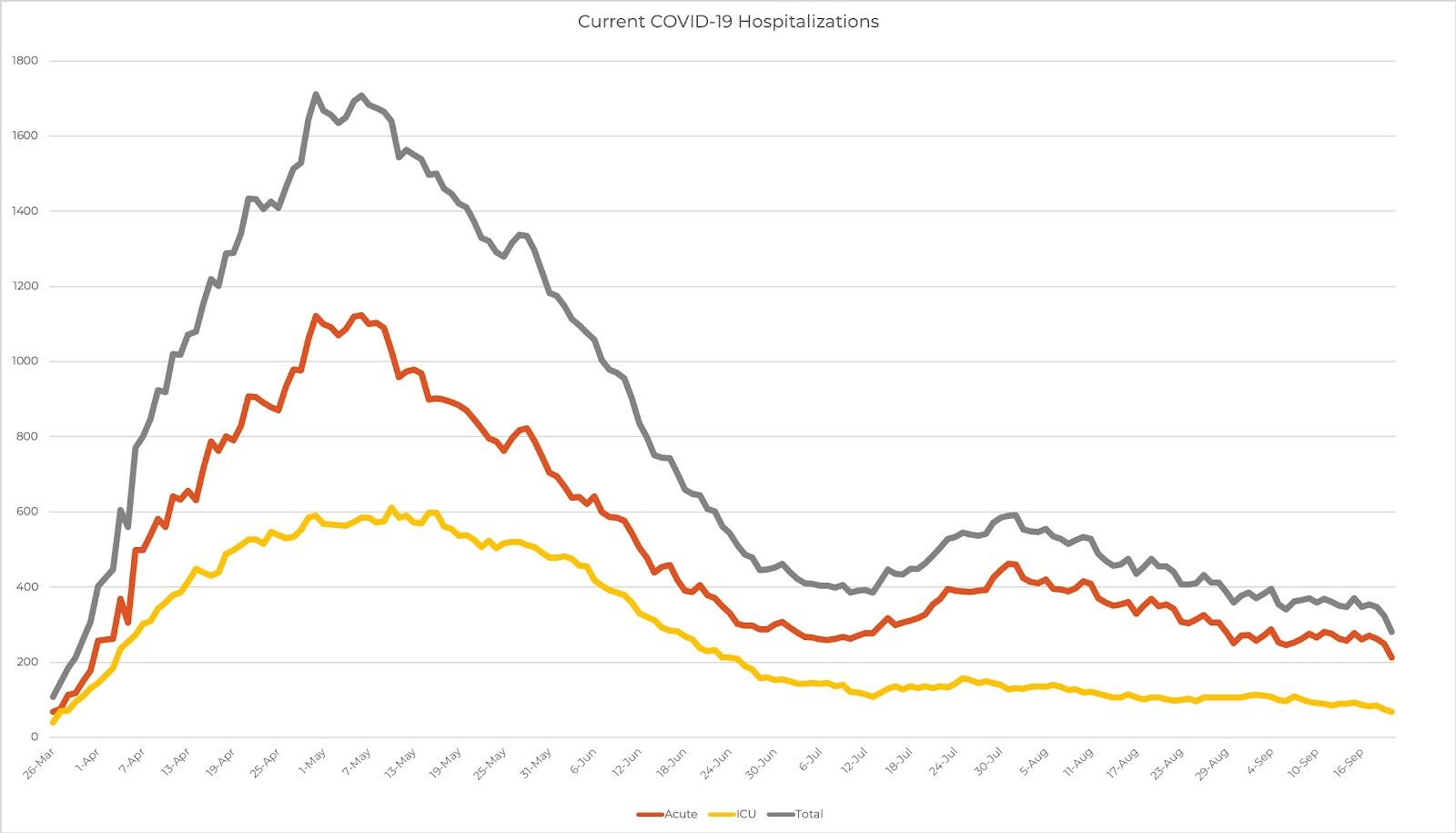 The good news comes on the heels of Hogan’s Friday announcement allowing restaurants to increase their indoor dining capacity from 50% to 75%, which goes into effect at 5 p.m. statewide Monday.

Multiple counties have said they will maintain the current 50% cap out of an abundance of caution.