A protest kicked off in Maryland Saturday with a gathering of people wearing shirts calling for the state to reopen.
Listen now to WTOP News WTOP.com | Alexa | Google Home | WTOP App | 103.5 FM

A protest kicked off in Maryland Saturday with a gathering of people wearing shirts calling for the state to reopen. The group Reopen Maryland, opposed to the state’s stay-at-home order, was planning to drive across the state, concluding with a speech by Republican Congressman Andy Harris, according to the group’s Facebook event.

“Marylanders: If you’re tired of being on indefinite house arrest while the government fails to protect the most vulnerable…if you think taxpayers deserve answers when millions of dollars are secretively spent on still-unused test strips….if your business is struggling and you can’t hang on much longer…come join us tomorrow,” Reopen Maryland posted to its Facebook page Friday.

Gov. Larry Hogan issued a stay-at-home order on March 30, stating that “no Maryland resident should be leaving their home unless it is for an essential job or for an essential reason such as obtaining food or medicine, seeking urgent medical attention, or for other necessary purposes.”

Reopen Maryland held its first demonstration in Annapolis on April 18. CBS Baltimore reports that most protesters stayed inside their vehicles and followed social distancing rules during the demonstration.

The group claims Hogan exaggerated coronavirus statistics when he said Maryland could have as many cases as New York without preventive measures. “Claims used to justify restrictive measures, such as the Governor’s statement that we would look ‘a lot more like New York’ by Easter, have been shown to be highly exaggerated,” the group posted.

“There is no evidence base for stay-home orders. We have not received transparent information about data underlying decisions. Nor has the Governor demonstrated sympathy to his constituents or justified his oppressive measures. This is why we are protesting,” they wrote.

Maryland on Friday, as well as neighboring Virginia, reported its highest one-day increase in new COVID-19 cases. As of Saturday, Maryland had 23,472 confirmed cases of the coronavirus and 1,098 confirmed deaths, according to the Maryland Department of Health.

Despite a steady increase in cases, protesters in state after state have continued to defy orders to stay at home and keep businesses closed.

In California, there’s a fight over access to beaches. Gov. Gavin Newsom ordered all beaches in Orange County to close this week over concerns about crowds.

“If I walk on the sand and the police want to arrest me, arrest me. But you’re going to have to go into the water and get me,” said one man in Huntington Beach, California.

Farther west, in Hawaii, over 100 people gathered at the state Capitol on Friday to protest stay-at-home orders, even as the state started easing restrictions.

“I’m out here to protest and let the governor know that he needs to open everything back up,” resident Rafael Soto, a pastor, told CBS News’ Honolulu affiliate.

Other states, like Georgia, have started reopening businesses under social distancing guidelines. Texas allowed retailers and restaurants to reopen on Friday, even after the state reported its single-day record in new virus deaths the day before. 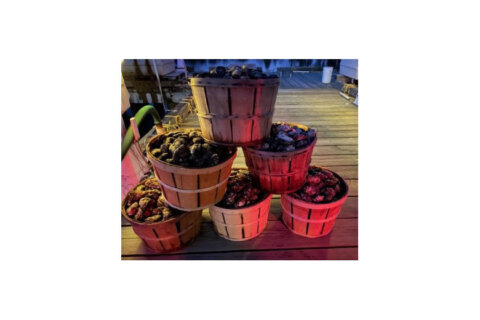