8,000 Maryland drivers could lose licenses during next traffic stop

Maryland has recalled the licenses of 8,000 drivers as the state works to meet a 2020 deadline to comply with the federal Real ID law.

As Maryland works to meet a 2020 deadline to comply with the federal Real ID law, the state has recalled the licenses of 8,000 people.

For those people, being pulled over for any reason could now lead to their licenses being confiscated.

The 8,000 drivers were among the first 80,000 to be notified about the state’s need to see additional identifying documents, so that licenses are compliant with the federal government’s tightened security requirements. In all, 780,000 drivers were identified as lacking proper documentation for proof of age and identity, Social Security number and Maryland residency.

“We’ve broken them up into groups because obviously it’s a lot of customers; we don’t want them all to come in at once,” said Nizer.

The first group was notified starting in December, with a July deadline to schedule an appointment with the Maryland Motor Vehicle Administration and bring the additional information in.

While most submitted the necessary documents, those who haven’t come in have had that noted on their driving record.

This gives police who pull a driver over for any reason the ability to take the license. Drivers will then be given a receipt and told to go to MVA office and provide the necessary paperwork.

“Our goal really is to get customers to come in before that happens,” Nizer said.

She said an additional email has been sent out to the 8,000 people in group one who still need to come in.

This push to make sure all drivers are compliant comes after the Department of Homeland Security said the state’s process wasn’t as strict as should be, even though the federal government initially approved the process used by Maryland.

The newly designed Real ID’s have stars in the upper right-hand corner. The state has since updated how it issues driver’s licenses and has been recertified by DHS.

The second group of drivers who need to come in have been notified and have until November to comply, before their licenses will be recalled. Nizer said that, so far, 20% of the people in that group have reported to the MVA.

After Oct. 1, 2020, all licenses must be Real ID compliant for holders to board airplanes or gain access to federal facilities.

Nizer urges any Maryland driver concerned about whether they need to provide additional information to use an online ID look up tool set up by the state. 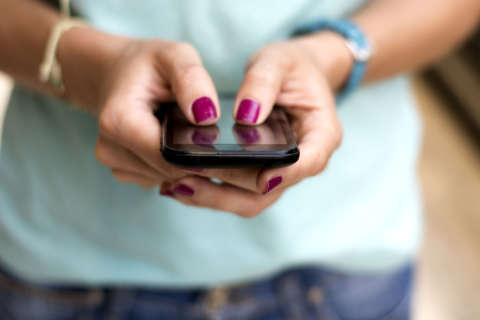