A Maryland state lawmaker who voted for the $15 per hour minimum wage announced she is working with a bipartisan group of legislators to ensure small- and medium-sized businesses can meet the requirements to pay the new wage by 2026.

In a statement released Tuesday, state Sen. Katie Fry Hester said, while it was important to help employees do well with the wage increase, it is “a fundamental mistake if we think we can require more out of our small businesses without looking at options to help them.”

Hester, a Democrat whose district includes parts of Carroll and Howard counties, suggested looking at tax credits or state investments to help small businesses manage the costs of paying out more in wages.

She also suggested tweaking the definition of “small business” in the minimum wage bill, saying that medium-sized businesses could struggle under the new law. The legislation currently defines small businesses as those with 15 or fewer employees.

Serafini, who describes himself as a small businessman — he’s a financial consultant — and sits on the Senate Budget and Taxation Committee, voted against the $15 an hour minimum wage.

Serafini explained that, while the $15 dollar an hour minimum wage might look sustainable in good times, small- and medium-sized businesses could be hit hard in an economic downturn. He said that is especially true for those in areas that border Pennsylvania and West Virginia, where the hourly wages are $7.25 and $8.75 an hour respectively.

When asked about working with lawmakers on the other side of the aisle, Serafini said he is a realist. While he may disagree with his colleagues on the bill, “I would be foolish not to want to participate” in a discussion of how to assist businesses that might be in danger of going under with a higher wage floor.

“It is no surprise that legislators are already having second thoughts about this vote,” he said in an email. “But there won’t be any second chances for small businesses hurt by this arbitrary minimum wage increase.”

Supporters of the bill argue that the increased wages would help workers at the bottom escape a paycheck-to-paycheck existence. Some small businesses in the state endorsed the “Fight for $15” while others insisted they’ll have to cut employee hours, at the very least, or eliminate positions altogether.

Opponents also said the move would stifle business growth and even force some businesses to close their doors. 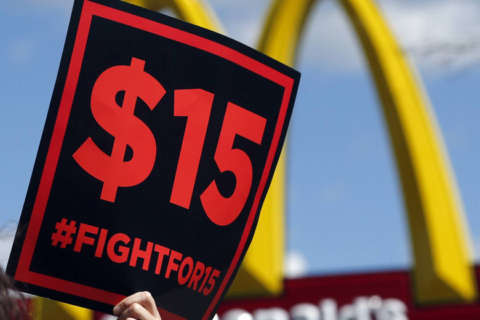 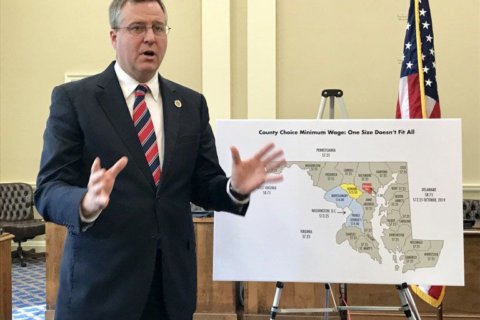