Police collected around 40 flyers that appeared to be tossed along Main Street.

It doesn’t appear that any one person was targeted, Llewellyn said. As the police department investigates, they’re asking anyone in the area who might have doorbell cameras or security cameras to check their footage for potential leads.

For Howard County Councilman John Weinstein, this latest incident hits home in the wake of other acts of hate across the country.

“To have it hit home here, it’s beyond disappointing,” said Weinstein. “It’s just disgusting that folks are putting out this kind of hate.”

In a statement, outgoing County Executive Allan Kittleman said, “There is no place for hate in our society and after all Ellicott City has been through in the past two years, it is heartbreaking to see this community faced with this disgusting display of anti-Semitism, racism and intolerance.”

Anyone who finds a flyers is being asked to hand it over to police. 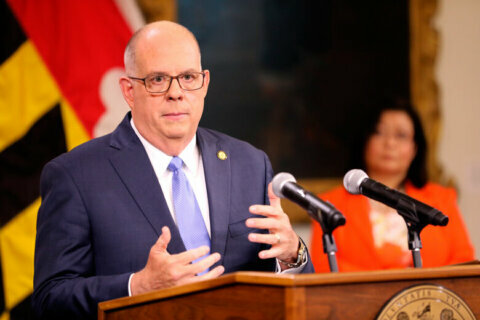