WASHINGTON — Maryland Gov. Larry Hogan won a decisive re-election Tuesday, beating back a progressive challenger and becoming the first Republican governor to win a second term in the state in more than 60 years.

Though registered Democrats far outnumber Republicans in the state, Hogan had positioned himself as a moderate problem-solver, distancing himself from President Donald Trump and focusing on bread-and-butter issues, such as transportation.

Leading into election night, Hogan had maintained a sizable lead over Democratic candidate Ben Jealous, the former national president of the NAACP. 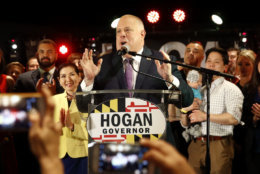 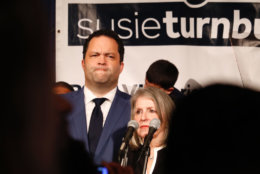 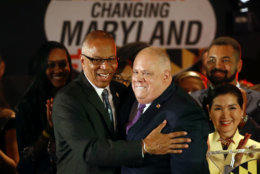 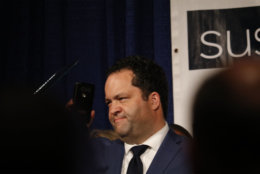 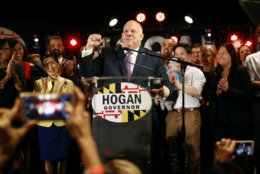 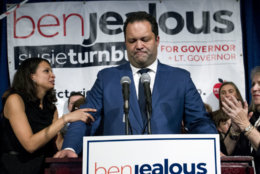 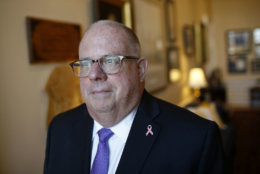 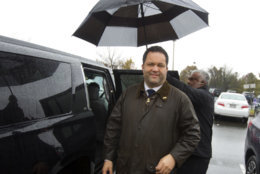 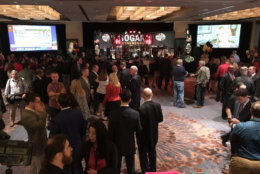 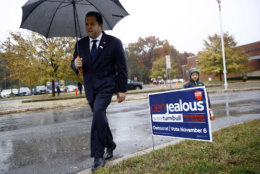 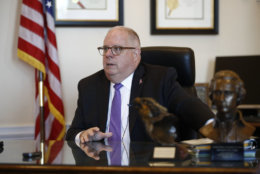 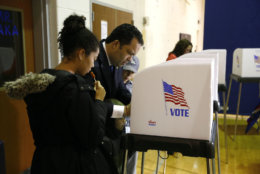 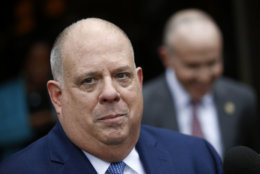 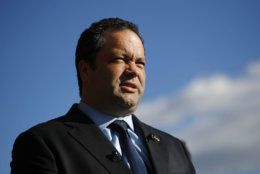 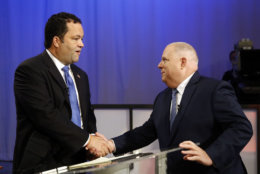 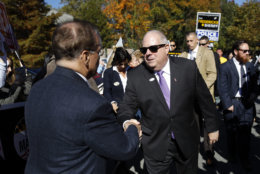 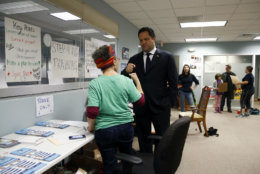 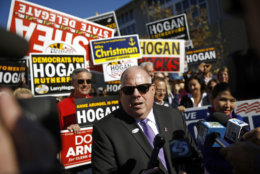 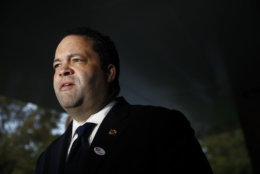 In a victory speech to supporters gathered at the Westin in Annapolis, Hogan referenced his win in relation to the “blue wave” of Democratic enthusiasm this year motivated by opposition to Trump.

“In this deep blue state, in this blue year, with a blue wave — it turns out I can surf and we had a purple surfboard!” he said to cheers from supporters.

Hogan thanked Jealous “for running a spirited campaign and for giving Marylanders a real choice.”

He added, “While we disagreed on the issues, he has my respect and I sincerely wish him well in his future pursuits.”

download audio
'Turns out I can surf:' Gov. Larry Hogan on his historic win despite blue wave

Jealous, the former national president of the NAACP, had staked out a broadly progressive agenda popular with Democrats — universal health care and free college tuition — even as he has struggled to gain traction in the polls.

On election night, Hogan racked up double-digit victories in Maryland’s far western counties, in Southern Maryland and along the Eastern Shore.

Jealous notched hefty vote totals in Prince George’s County — where he received 70 percent of the vote — and in Baltimore City. Jealous also carried Montgomery County, but even in that Democratic stronghold, Hogan managed nearly 45 percent of the vote.

The AP and other national news networks called the race for Hogan shortly after 9 p.m. — even as voters in Prince George’s County remained waiting in long lines to cast ballots.

Jealous tweeted to his supporters to “Stay in line. Keep voting.” At his concession speech to supporters gathered at the Hippodrome Theater in Baltimore at about 11 p.m. Tuesday, Jealous said he thought it was wrong for news networks to call the race while people were still waiting to vote.

download audio
'I look forward to getting that done:' Democrat Ben Jealous on working with Gov. Larry Hogan

Jealous had aimed for high turnout to provide him with a path to victory over the popular Republican governor, but that strategy failed to materialize.

Turnout, overall, was up 20 percent compared to 2014, according to Todd Eberly, an associate professor of political science at St. Mary’s College of Maryland. But Jealous received just 8 percent more votes than the Democratic candidate for governor did four years ago. Hogan, on the other hand, increased his vote total by 35 percent, according to Eberly.

He told supporters that they began Election Day as builders of a movement, “and we leave together movement-builders. And let’s go build the movement that makes the future of Maryland come faster!”