Maryland prosecutors get a new tool to convict serial rapists

Maryland lawmakers have passed a bill Wednesday that gives prosecutors the chance to introduce the past actions of serial rapists.

WASHINGTON — Maryland lawmakers have passed a bill Wednesday that gives prosecutors the chance to introduce the past actions of serial rapists.

Under current law, prosecutors have been unable to introduce behavior that they say could establish a pattern of behavior that would allow them to demonstrate that a defendant is a serial rapist.

For years, state’s attorneys from across Maryland have been testifying in Annapolis, looking for a way to change that. They got what they’d been looking for Wednesday when the Maryland General Assembly passed the “Repeat Sexual Predator Prevention Act.”

Under the legislation passed in Annapolis, prosecutors will — in certain circumstances — be able to introduce past actions of defendants.

Debbie Feinstein, chief of the Special Victims Division in the State’s Attorney’s Office in Montgomery County, said there are cases in which that law would have been a valuable tool. She cited cases where siblings have been sexually assaulted by the same defendant. She said a defendant could claim that Sibling A was lying, “and the prosecutors would never be able to tell the jury that, in fact, the defendant was convicted of offending against Sibling B.”

“And then the evidence is still submitted to a rigorous test: clear and convincing evidence, and we must prove that the prejudicial value is outweighed by the probative value,” Feinstein said.

There are additional standards designed to protect the rights of defendants: Prosecutors have to give 90 days notice that they intend to introduce evidence of prior actions.

Maryland Gov. Larry Hogan, who has sought similar laws, is expected to sign the bill. 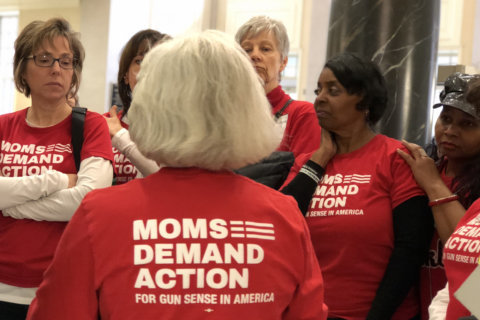 Consent concept could be introduced in Md. in 5th grade sex ed classes