Millions of people have driven past the Mormon Temple in Kensington, Maryland, overlooking the Capital Beltway, but far fewer have ever been inside. But thanks to a massive renovation project, the public will have the chance to go inside for the first time since the temple opened in 1974. You'll have to wait until the project is done, though — find out how long, and see a model of the inside.
Listen now to WTOP News WTOP.com | Alexa | Google Home | WTOP App | 103.5 FM

WASHINGTON — Millions of people have driven past the Mormon temple in Kensington, Maryland, overlooking the Capital Beltway, but far fewer have ever been inside. But thanks to a massive renovation project, the public will have the chance to go inside for the first time since the temple opened in 1974.

“The temple,” as it’s often called in traffic reports sits on a wooded hill, which is why it looks even taller than it actually is to passing traffic.

“You see it almost floating above the trees, and so certainly we see it as iconic from that standpoint,” said Elder Kevin Calderwood, one of the leaders of the church.  “But for us it’s more sacred; it’s a sacred place where we can participate in ordinances that bind our family together.”

The temple isn’t even used to host typical Sunday services. It’s where the faithful — and only the faithful — go for weddings, baptisms and other traditional events.

“Our task is to embrace the great things that they did [when the building was built],” said Roger Hansen, of CRSA Architecture, in Salt Lake City, who is helping to lead the renovation project. “But with a 40-year-old building that hasn’t ever had a major renovation, now is the time, and an opportunity for us.”

“We’re upgrading in significant ways,” Hansen said, including the mechanical, electrical and plumbing systems. “Many of the finishes throughout the building have reached their end of life.”

In recent years, cranes and other equipment have sprung up around the temple as crews have already been doing some minor work on the exterior, including some of the famous golden spires.

But now “we can be more comprehensive,” Hansen said. “We can also address some of the life safety and code requirements that have changed in the 40 years that the temple has been in service — upgrading accessibility and other things.” 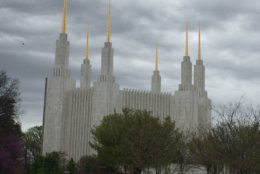 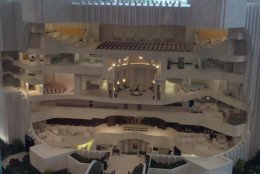 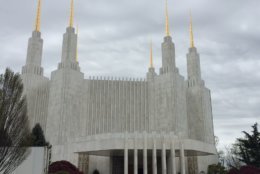 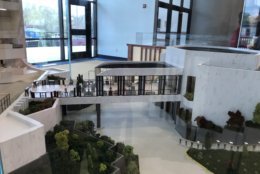 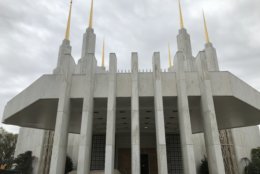 The construction firms leading the project are from Salt Lake City, but local subcontractors are heavily involved in the work.

The work is expected to be completed in 2020; a hard deadline for completion hasn’t been set, but it might be worth keeping an eye on the progress — if you’ve ever wanted to actually go inside, your opportunity is coming.

“Once this has been renovated in 2020, there will be a period of 30 to 45 days where we welcome everyone to come to the temple” for a full tour, Calderwood said.

It’s likely to be one the most sought-after tours in the region.

And then, he added, “When it’s dedicated, it becomes very sacred,” and only those in good standing with the faith will be allowed inside again.

At least until it undergoes another massive renovation.