ANNAPOLIS, Md. — Maryland lawmakers in 2013 passed “Grace’s Law,” a bipartisan bill that made it a misdemeanor to repeatedly and maliciously bully someone through use of a computer or cellphone. Five years later some of the same legislators are back to update the law to reflect the new media landscape.

Lead sponsor Sen. Bobby Zirkin, D-Baltimore County, remained firm that this is to protect against “egregious” messages, intended to personally harm, posted online. He’s determined to adjust laws to the speed of dissemination of such material.

“Facebook doesn’t stop when you leave the school grounds,” Zirkin told lawmakers. “Neither does Twitter or any of these other things. These are growing problems, not isolated to Maryland, and we have to get better at this.”

“Unfortunately, once somebody does this — (simulates pushing a button) — it’s all she wrote,” he said. “You’re about to do that harm the second you push that button to your thousand friends.”

In today’s media world, a warning means it’s already too late, Zirkin said. Which is the basis of his other proposal in the two-bill package.

Senate bill 725, which is expected to hit the full Senate floor next week, gives authority to school principals to report cyber abuse to law enforcement directly, instead of having to first go through a board of education. Based on legislation in Texas nicknamed “David’s Law,” created after 16-year-old David Molak of San Antonio committed suicide in January 2016, it also makes it easier for victims to get court relief.

Under current rules, civil injunctive relief requires a plaintiff to show “immediate, substantial and irreparable harm,” Zirkin said, a process he believes is slow and outdated. “A single, huge act by that bully … you can’t take it back,” he added.

The more encompassing proposal of the two, Grace’s Law 2.0, cleared the Senate on Thursday.

That legislation, Senate bill 726, would increase the penalty for threatening or defamatory statements about a minor, or the parent of a minor, from a one-year maximum sentence and $500 fine, to three years and $10,000. In addition, it adds a clause that would increase the jail term to 10 years if the violator intends to “induce a minor to commit suicide,” as written in the text.

The bill also broadens the scope of social media cyberbullying. Updates include prohibiting the creation of fake social media profiles and material meant to “intimidate, torment or harass a minor,” prohibiting logging into a minor’s social media account and distributing pictures. It also establishes telling a minor to “go kill yourself” online isn’t protected speech.

Lastly, Grace’s Law 2.0 incorporates David’s Law for school-related cyberbullying. For that reason,  the bills must go together, Zirkin said. Reporting such incidents at school, only helps if the revisions are adopted, he added.

The effort doesn’t come without resistance. The ACLU, which stood in opposition to the 2013 law, is concerned about over-criminalization and too drastic use of penalties.

“One does not have to be unconcerned about bullying or blind to the incredible cruelty that people can inflict on each other, to also be concerned about giving the government the ability to punish, as a crime, huge swaths of protected speech,” he said.

Christine McComas, whose late daughter, Grace McComas, was the inspiration for Grace’s Law, joined a couple of other mothers of suicide victims to testify in favor of the bills. Grace killed herself on Easter Sunday in 2012. She was a victim of repeated cyber abuse. McComas said these laws would target “dehumanizing cyberbullying” faster.

“The proliferation of cyber equipment and applications continues to quickly morph and change,” McComas said. “Children need additional protections from those who would use it for harm.”

Marla Posey-Moss, vice president of advocacy with the Maryland PTA, said in an email Tuesday that her organization supports the Senate’s effort.

“Maryland PTA is pleased that legislation has been introduced to protect youth from bullying via the consideration of expanded forms of social media and technology,” she said.

Posey-Moss called the effort “very strategic,” but added that it’s important to be precise when criminalizing certain speech.

Zirkin, for his part, has acknowledged the difficulty in navigating such a law but told Capital News Service that if Maryland addressed it five years ago — and other states have since taken it a step further — Maryland can do it again.

“The ACLU had the same argument (against the 2013 law), but it wasn’t unconstitutional,” Zirkin said. “The sky didn’t fall down.” 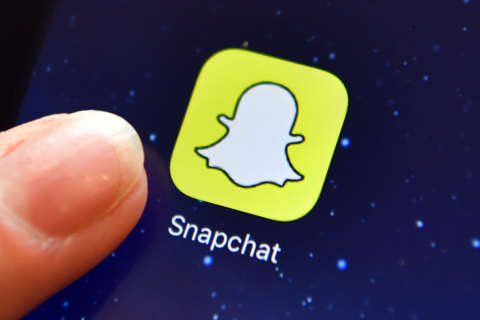 How to have ‘the talk’ about social media with your kids