Rape victims in Md. get right to terminate parental rights of attackers

Legislation that will allow rape victims to terminate the parental rights of their attackers was signed into law by the Maryland General Assembly Tuesday.

ANNAPOLIS, Md. — It was a bill-signing ceremony some advocates thought they’d never see. After more than a decade of seeing their bills run out of time in the Maryland General Assembly, supporters for survivors of sexual assault saw legislation that will allow rape victims to terminate the parental rights of their attackers, signed into law.

Maryland Del. Kathleen Dumais, a Democrat who represents Montgomery County, helped shepherd the bill through the Maryland General Assembly in the year of the #MeToo movement.

Dumais said the passage and immediate signing of the bill into law sends a powerful message.

“Women should be believed, but more than that, women should have the right to bring an action in court — to have their voice heard,” Dumais said.

The bill allows a sexual assault victim who becomes pregnant as a result of rape to terminate the parental rights of the assailant providing she shows “clear and convincing evidence” in court.

Lisae Jordan, an attorney and the executive director of the Maryland Coalition Against Sexual Assault, had been working for more than 10 years to get the bill passed.

“From a global perspective, it signifies our respect for women, our understanding of what they go through”, Jordan said.

In terms of a real-world application, Jordan said she is headed to court with a client who was 14 years old when she was raped. Now that the bill has been signed into law, Jordan said that teenager has a voice.

“It means the world for her,” said Jordan.

Watching the bill get vocal support from House Speaker Michael Busch, Senate President Mike Miller and Gov. Larry Hogan, who made it a priority among his legislative goals, was a stark contrast to last year, when the clock ran out on the bill on Sine Die, in the final hours of the legislative session of 2017.

“I know this is a long time coming,” said Hogan, a Republican who noted the bipartisan nature of the effort to pass the bill this year. “And I particularly want to thank all of the advocates who pushed to make it happen and who worked for so long.”

As they sat down to sign the bill, Speaker Busch gave a “shout out” to Dumais for her efforts to make sure that this time, the bill passed.

“She has been a champion; very patient, and persistent,” he said. “Without her, we would not be here today.”

Jordan fought long and hard against amendments she worried would once again stall the bill, but is open to some changes in the next legislative session.

At the bill signing on Tuesday, Miller said he was disappointed that the bill didn’t contain a measure that would allow a rape victim to get financial support for her child.

As he sat down alongside Hogan to sign the bill, Miller said, “If you propagate a child, guess what, you should be responsible for the support of that child.”

Miller pledged to take up the issue in future legislative sessions. “We’ll move forward until we get this thing right,” he said.

“That’s something we look forward to doing in the future,” said Jordan, responding to Miller’s concern.

“If anyone tries to weaken one period, one comma, one sentence of this bill, we will fight to make sure that it’s still strong for survivors of sexual assault,” she said. 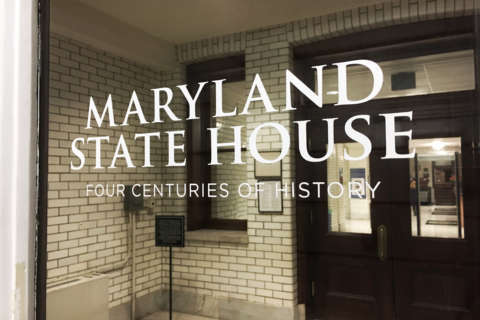 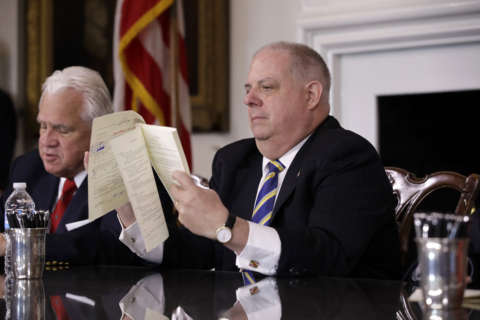