WASHINGTON — Detectives in Ocean City, Maryland, have confirmed that a woman found dead in the sand Monday was buried alive.

“Our detectives still haven’t determined if she fell into a hole or climbed in on her own accord, but at some point, that hole ended up being covered by sand while she was inside,” said Lindsay Richard with Ocean City police.

The Chief Medical Examiner in Baltimore determined in an autopsy that 30-year-old Ashley O’Connor died accidentally of asphyxia due to suffocation.

The town spokeswoman said O’Connor got separated from her family around 2 a.m. Monday, and someone saw her hand extending out of the sand on the beach around 6:30 a.m.

Toxicology results have yet to come back, so investigators don’t know if alcohol played a role in O’Connor’s decision to go to the beach after being separated from her family, said Richard.

Officials are looking at one possibility that she may have been accidentally buried by a beachcombing tractor.

Editor’s Note: An earlier version of this story stated that a beachcombing tractor was definitively involved in O’Connor’s death. As her death is still under investigation, that has not been confirmed by officials. The story has been updated to reflect this ongoing investigation. 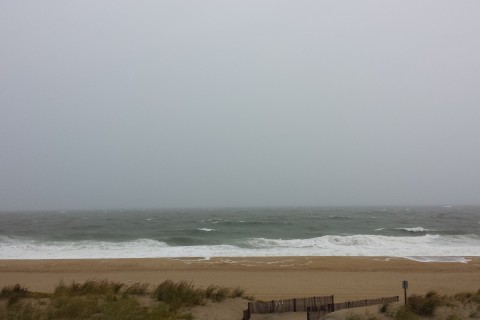