Authorities in Ocean City, Maryland, have concluded their investigation into the death of a Texas woman buried alive in the sand in July — but much remains unanswered.
Listen now to WTOP News WTOP.com | Alexa | Google Home | WTOP App | 103.5 FM

WASHINGTON — Authorities in Ocean City, Maryland, have concluded their investigation into the death of a Texas woman buried alive in the sand late in July — and they say the only person who knows all the facts of that night is the woman who died.

“How the hole collapsed, she unfortunately is the only person that will know,” Ocean City Chief of Police Ross Buzzuro said at a news conference Thursday morning.

A medical examiner determined 30-year-old Ashley O’Connor suffocated in a hole in the sand after separating from her family in the early morning hours of July 31. Her body was discovered about four and a half hours later on the beach covered in sand someone saw her hand extending out.

Buzzuro says O’Connor walked onto the beach, alone, around 2 a.m.

“A short time later, we believe she climbed into a hole,” Buzzuro said. “A hole that had been made on the beach by someone who remains unknown. A person or persons.”

The collapse — cause still unknown — then occurred.

O’Connor’s body was found around 6:30 a.m. by a man walking onto the beach, who alerted authorities.

Her death was ruled accidental. And alcohol was a factor.

“The autopsy revealed that alcohol was present in Ashley’s system,” Buzzuro said. “I can tell you … the level of alcohol was beyond legal limits” if she was behind the wheel of a car.

Authorities offered several possibilities into how the collapse may have happened.

Police say O’Connor was found in a seated position and that the hole was about 3 1/2 feet deep, and she was about 1 1/2 feet below the surface of the sand.

They also determined that there was “definitively” no foul play involved.

Authorities stressed the importance of being mindful of holes in the sand, as well as the potentially dangerous weight of even a small amount of sand.

“We do everything we can in this community to keep visitors safe,” said Joseph J. Theobald, director of Ocean City emergency services.

WTOP’s Nick Iannelli and Megan Cloherty contributed to this report. 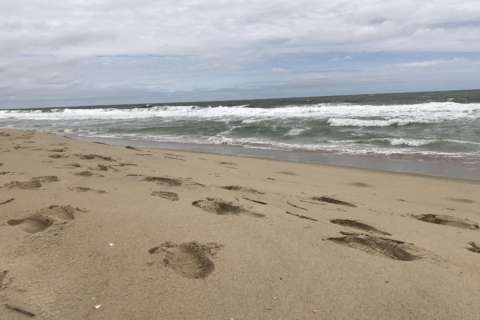 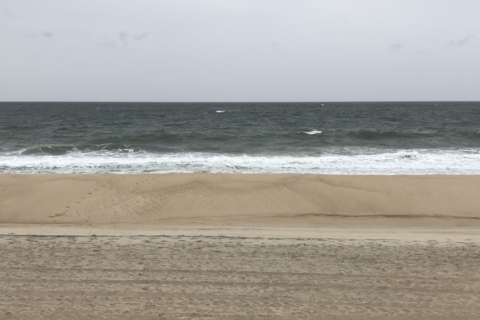