Holidays: Where to see holiday lights | Santa's back with inflation, inclusion on his mind | 4 ways to limit your holiday debt | Inflation 'definitely a guest' at holiday celebrations this year
Home » Maryland News » Federal Transit Administration joins…

The FTA and MTA are appealing a judge’s ruling requiring a new environmental study of the Purple Line project.

Purple Line NOW Vice President Greg Sanders tells WTOP it is good to have the FTA join MTA in this legal battle.

He says FTA experts have already weighed in in favor of the Purple Line and concluded that a delay is not necessary, and they don’t need to do additional studies.

“If Maryland gets a stay, it can request the full-funding agreement from the feds. If the stay is not granted, then a full decision is likely by September.”

“We’re going to fight for the project no matter what happens,” Sanders added.

Plaintiffs against the Purple Line had successfully argued a more comprehensive environmental review is necessary, as the latest environmental impact study glossed over some important issues.

Attorney John Fitzgerald, representing Friends of the Capital Crescent Trail, said it doesn’t fully address issues of cost and ridership and is missing important information on about “how Metro’s decline in ridership and safety and reliability would affect the Purple Line, which would depend on it.”

President of Friends of the Capital Crescent Trail, Ajay Bhatt, says he doesn’t feel the environmental impact of the 16.1 mile light rail project — which would run from Bethesda to New Carrollton — has been adequately portrayed.

“It would require the clear cutting of the Capital Crescent Trail, which has a full canopy of trees that are 50 years old, and supports a full ecosystem; we have woodpeckers and owls,” Bhatt said.

But Sanders says there are other successful models of trails integrated with light rail stations, and new trees will replace those cut down.

The State of Maryland has already invested $800 million in the project but it cannot access promised federal dollars to move forward while the case is in court. 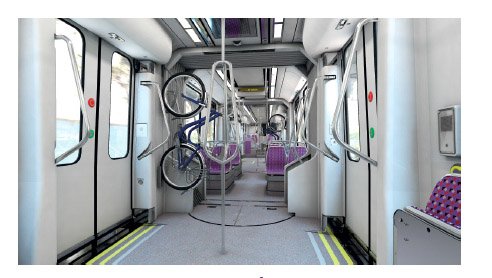 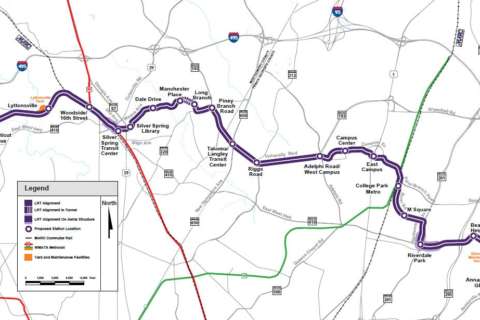