Md. Dems want Hogan to speak out against Trump policies

More than a dozen people — led by Maryland House Majority Leader Del. Bill Frick and state Sen. Rich Madaleno — called for the Republican governor to take a position against the president.

They focused mostly on two issues: Republican attempts to repeal the Affordable Care Act and Trump’s proposed budget, which Hogan’s office has said would be scrutinized more carefully should any of the president’s proposals ever become law.

Both Republicans and Democrats on Capitol Hill have said the president’s budget blueprint has no chance of passing the Congress. But the proposals still have state officials worried.

“It’s hard to imagine any governor being silent when the No. 1 public, natural resource in the state is under attack,” said Frick, talking about Environmental Protection Agency cuts that would eliminate the Chesapeake Bay cleanup program.

“The largest employer, the federal government, is slashing pay and enacting a hiring freeze? These are huge threats to the state and Hogan is no where to be seen,” added Frick.

“We’re talking about 200,000 federal employees who could be let go,” Madaleno said. “That is a depression in the state of Maryland.”

Hogan, a Republican governor in a deep blue state, enjoys a 65 percent approval rating. But his chances for a re-election victory are far from certain. Only 41 percent of registered voters in the state would vote for him, according to a Washington Post poll released on Saturday.

Hogan has previously objected to attempts to link his policies to Trump. He did not vote for the president, nor did he attend the Republican National Convention last year when Trump formally accepted the party’s nomination for president, opting instead to attend a seafood festival in Crisfield. He did however attend the Jan. 20 inauguration.

“Here in Montgomery County, Trump’s budget would slash nearly $6 billion from the National Institutes of Health,” said Frick. “That’s not only an employer of 20,000 people … it is a vital source of research and hope for millions of people suffering from cancer and other diseases.”

“I have not identified yet a single public statement about these decimating cuts,” said Frick. “As any NIH doctor will tell you, even a Republican governor is supposed to have a spine.”

Lawmakers also objected to Hogan’s silence on the Affordable Care Act. House Republicans pulled a bill on Friday that would have replaced the law because of a lack of support, but efforts to reform the law are likely to continue.

Barbara Gruber, a 59-year-old, lifelong Maryland resident from the Eastern Shore, recounted her struggle to get insurance on her own because her employers often didn’t offer coverage.

“For the first time in my life I don’t stay awake wondering how I’m going to pay for health insurance, how I’m going to afford medicine. You all know how high all these costs are. So I’m grateful for it.

Kathleen Matthews, interim chair of the Maryland Democratic Party, promised to continue to work to “make it even better, make it even stronger.”

“Why has Larry Hogan been so silent on these issues,” Matthews said. “These are the issues that will affect Marylanders deeply. It will cause a state of emergency in Maryland.”

Last week, members of the state’s congressional delegation also criticized the governor for not speaking out against the Republican bill. In response, the governor’s office said Hogan had asked the delegation to work on a bipartisan solution for Maryland. 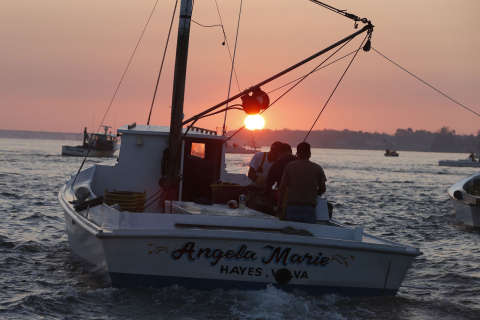 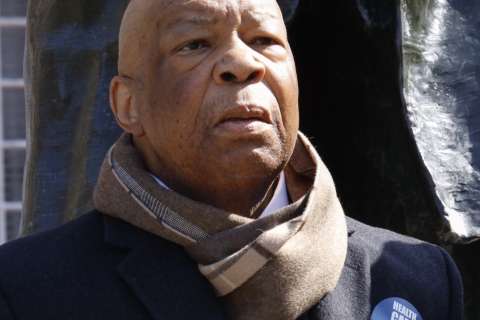