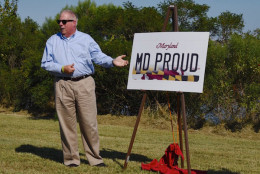 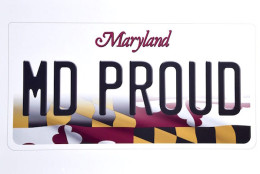 WASHINGTON — Starting next month, Maryland motorists can show off their state pride with a new set of license plates.

Hogan said it was his idea to use the flag design on the new plates and that he was personally involved in the design process.

The new design replaces standard issue plates that commemorate the War of 1812 that were first rolled out starting in 2010.