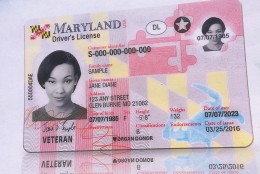 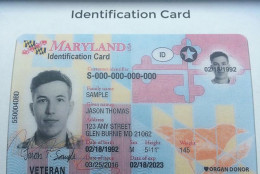 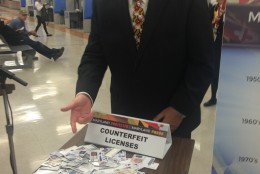 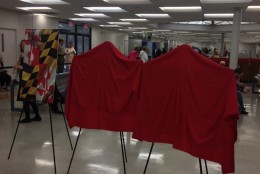 ANNAPOLIS, Md. — Maryland has taken the wraps off its newly-designed driver’s license that will be issued starting June 22.

“Simply put, our ID and driver’s licenses are the most secure driver’s license(s) in the nation today,” said Pete Rahn, secretary of the Maryland Department of Transportation.

The newly designed license is intended to deter identity theft and fraud.

“It’s a polycarbonate card body and essentially what that means is it’s much more durable and tamper resistant, so it will be much more difficult for anyone to try to duplicate,” said Motor Vehicle Administrator Christine Nizer.

Security features include laser engraving and raised print, which can be felt by the fingers, fortifying the license against tampering and forgery.

Marylanders will be issued the new cards when their licenses come up for renewal, but drivers may get one of the new cards for a $20 replacement fee.

Also, because the cards cannot be fabricated at each MVA site, but must be made at a special location, all Maryland driver’s licenses, learner’s permits and identification cards will no longer be handed out at MVA branches, but instead mailed to the individual.

Acknowledging that there will be lag time in which drivers won’t have the new license, state officials offered assurances that all area police departments and the Transportation Safety Administration at airport security checkpoints will honor the “expired” Maryland driver’s license in addition to the receipt for the newly-designed one that is in the mailing process.

The license also carries a point of pride for the state’s military veterans. The word veteran is boldly printed on the card below the picture of drivers who are veterans.

“It’s a great, great deal today for all of us who wore a uniform and who served proudly now to be able to have an identifier on our driver’s license,” said George Owings, secretary of Veterans Affairs.

The newly designed driver’s license is embellished with images of the Baltimore oriole and the Maryland blue crab.