Last chance to see poultry display at this county fair 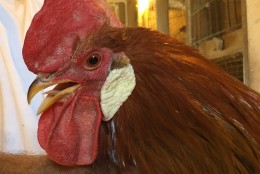 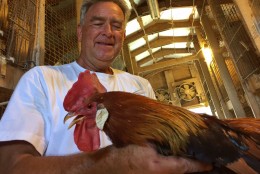 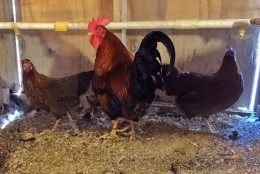 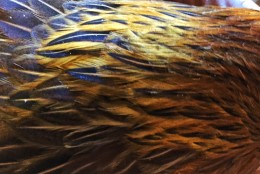 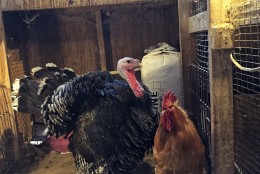 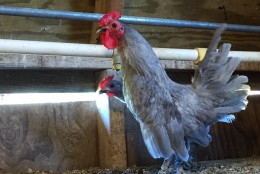 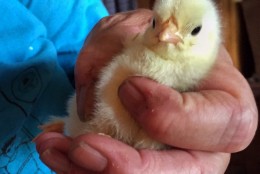 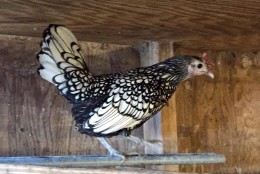 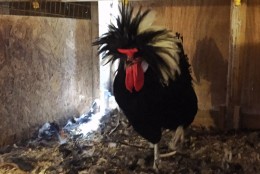 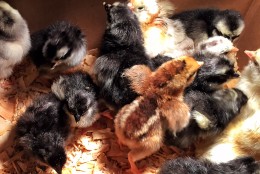 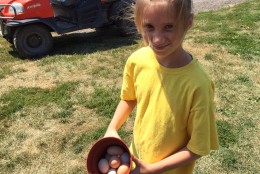 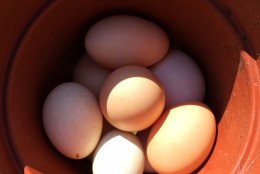 DAMASCUS, Md. — Lonnie Luther’s L&M Farm is buzzing with activity as Luther and his wife Mina prepare for the Montgomery County Agricultural Fair. There are cattle to be corralled and eggs to collect from the dozens of varieties Luther keeps on the Damascus, Maryland farm.

For Luther, the birds are a hobby and he jokes that it’s addictive. “You want one in every color,” he says, as he shows off the birds in one of his coops. There are Pocelain d’Uccle’s with their pale blue-tinged feathers, there are White Leghorns, White-Laced Red Cornish, and one that Luther describes as a “showstopper” — the White Crested Polish chicken. As the name suggests, it’s a black bird with a showy crest of snow white feathers cascading from the top of its head.

Luther isn’t just any hobby breeder. He grew up on a farm, has a doctorate in poultry nutrition, and worked as a scientist at the Food and Drug Administration for decades before retiring. And he lends his expertise to the local 4-H program. He’ll be judging poultry at the Montgomery County Fair. Unfortunately, for many kids in the 4-H program who planned on showing at other fairs like the Great Frederick Fair in September, poultry displays have been banned starting Aug. 25. The Maryland Department of Agriculture announced the ban in July out of an abundance of caution. They want to prevent an outbreak of avian flu in order to protect the state’s billion dollar poultry industry. The ban doesn’t take effect until Aug. 25 because in typical summer weather, the spread of the avian flu seems to slow.

The ban, says Luther, was a real blow to school children across Frederick County where he says 121 schools take part in the “Schoolhouse Chick Program.” Eggs are sent to classrooms at elementary and middle schools and the children raise the birds which are eventually shown at the Great Frederick Fair in September. “They’re very happy to see one of their little birds grow up and show at the fair,” he says. Luther calls the ban “a big disappointment” for the kids. But there was a 4-H show scheduled recently, so that the Frederick County 4-H participants would have an opportunity to show their birds.

Luther dotes on the chickens. His wife Mina says they planned on bringing fertilized eggs to the fair so that fair goers could see them hatch. But it seems the hot weather got ahead of them … and many of the eggs hatched ahead of schedule. The early arrivals skittered around in a box under a heat lamp in the Luther’s house, waiting until they could show off their baby fuzz at the fair.

Outside the coop, out of earshot of the chickens, Luther was asked if the birds end up on a plate? “Oh certainly,” he says as a rooster crows loudly in the background. “There’s nothing better than barbecued chicken or fried chicken right?” But that comes at the end of their lives and for now, the fancy feathered birds get to show off before crowds at the Montgomery County Fair. “It’s the one week farmers give up their time to be at the fair,” Luther says, calling the Montgomery County Agricultural Fair “One of the great events on the East Coast, so don’t miss out on it!”