After getting grief for 2018 shirt, Marine Corps Marathon is set to roll out new winning look

To marathon runners, a free shirt from a race is significant. And as 2018's Marine Corps Marathon shirt illustrates, design can be an issue.
Listen now to WTOP News WTOP.com | Alexa | Google Home | WTOP App | 103.5 FM
(1/6) 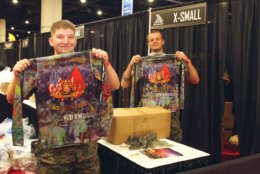 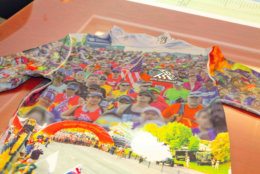 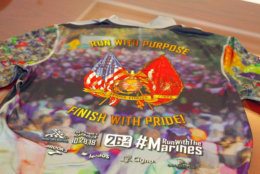 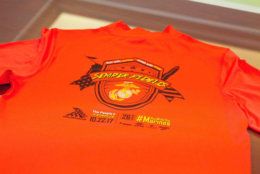 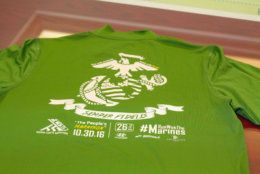 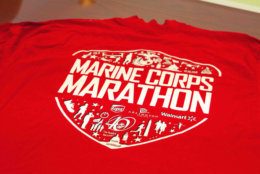 Among life’s certainties of death and taxes, add the guarantee that before you’re buried, you will have accumulated your weight in free T-shirts.

To marathon runners, however, a free shirt from a race holds significance, said Marc Goldman, head of marketing and sponsorship for the Marine Corps Marathon.

“When individuals participate in a long-distance running event like Marine Corps Marathon, one of the enduring souvenirs that they can display as a badge of pride for the accomplishment of running a marathon is the event shirt,” he said. “They will receive other items like a finisher medal, but that is not something that they’re going to be wearing around regularly.”

That shirt signifies membership in a special community. “It’s a conversation starter,” Goldman said, “and it helps to connect with other individuals who have participated or have followed people who run in the Marine Corps Marathon previously.”

And design can be an issue when so much is invested in the marathon shirt. Take last year, for instance.

Using a process called full-dye sublimation, the 2018 marathon shirt design was covered with scenes from past marathons. A striking image, yes — and it was a little too much for some. Many on Twitter compared it to an ugly Christmas sweater.

“It’s funny. We still hear about it,” said Corbin Stewart, the marathon’s graphics coordinator. “I don’t think it will ever go away.”

What runners might not know is that last year’s design was actually incomplete due to a production error. A graphic overlay was missing, Stewart said, on what was a very large order of shirts. So, pun intended, they ran with what they had.

And, to their credit, marathon officials embraced the situation, with a Jimmy Kimmel-inspired “mean tweets” video you can see below. They also broke out another festive video during the holidays.

That comparison to an ugly Christmas sweater is fair: It was seemingly so uncool that it ended up being … cool.

Marathon officials, for instance, recently got a picture from runners who saw one another in the shirts at another event and bonded. As Stewart puts it: “Some designs can come back a certain way that you expect, and some of them can go a different way.”

As for 2019, officials are hoping the design is more immediately accepted. Officials would rather keep the details under wraps for now, but they’re happy with the results.

“I wanted to capture something that everyone together is going to enjoy and something that they’re going to wear throughout the year,” Stewart said, “not just ironically, but post-race, they want to show off what they have.”

The full-dye sublimation process gives them a new flexibility in design, they said, compared with the older process of applying graphics onto a pre-dyed shirt.

“This is where the design of the shirt is actually part of the fabric and not something that is printed on top of it,” Goldman said. “So it gives us in the design process access to the entire shirt rather than just certain areas.”

The result, they hope, is that runners wear it with pride, “not only for their own personal commitment and accomplishment, but also just the association with the Marines that this shirt reflects,” Goldman said.