Over $140K in smoking bongs seized at Dulles Airport

A shipment of over $140,000 worth of smoking bongs coming from China were seized at Washington Dulles International Airport, according to authorities.
Listen now to WTOP News WTOP.com | Alexa | Google Home | WTOP App | 103.5 FM

A shipment of over $140,000 worth of smoking bongs coming from China were seized at Washington Dulles International Airport, according to authorities.

U.S. Customs and Border Protection officers said in a news release that they initially flagged the shipment of 41 boxes containing 8,387 glass and silicone smoking pipes and bongs on Sept. 8.

Officials valued the drug paraphernalia, which is prohibited from being imported into the U.S. per federal law, at $142,495.

Authorities said that the shipment was heading to an address in Los Angeles, California. 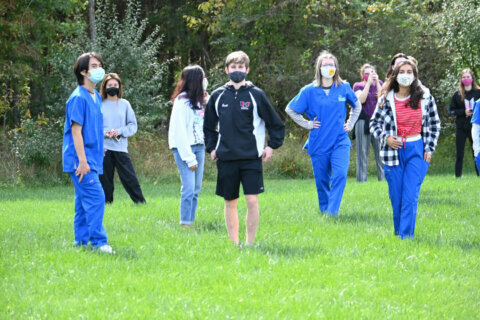