The lawyer for a man charged with the murders of Mala and Rishi Manwani said someone other than his client admitted to the killings.
Listen now to WTOP News WTOP.com | Alexa | Google Home | WTOP App | 103.5 FM

The attorney for Brian Welsh — indicted in October for the 2018 deaths of an Aldie, Virginia, woman and her adult son — says prosecutors are in possession of letters from a woman who says she and two other people committed the murders of Mala and Rishi Manwani.

Welsh is due in Loudoun County Circuit Court on Tuesday. His lawyer, Thomas Walsh, will ask that a reasonable bond be set for his client in the weeks before his trial for two counts of first-degree murder and two counts of use of a gun in the commission of a felony.

Welsh’s trial in the deaths of Mala Manwani, 65, and Rishi Manwani, 32, of Tomey Court, is scheduled to begin March 2 and last 25 days.

In a motion that’s being reported first on WTOP, Walsh revealed someone — not his client — has claimed responsibility for the murders.

“The Loudoun County Sheriff’s Office had recovered two letters from an inmate in the Prince William County Jail whose girlfriend wrote therein that she, along with two other people, committed the murders of Mala and Rishi Manwani. Additional information was contained in the letters that correlates with evidence in the Manwani murders,” Walsh wrote.

Walsh said the sheriff’s office was in receipt of the letters in the weeks after the murders, but they were not provided to the defense until after Welsh’s initial appeals for bond were denied.

In addition, the defense says forensic analysis from Virginia’s Department of Forensic Science Lab raises questions about whether Welsh was involved in the killings.

According to the defense, Welsh was ruled out as a possible contributor of DNA obtained from the wallet of Rishi Manwani, which was on his chest, empty, as he lay dead.

DNA from the wallet matched DNA recovered from a toothpick in a 2001 case in James City, Virginia, in which a woman was sticking young children with toothpicks, needles and syringes in grocery stores.

Welsh was initially arrested in March 2018 in the deaths of the Manwanis, who were each shot multiple times. In August 2018, prosecutors dropped the charges after forensic testing showed the bullets recovered from the victims’ bodies didn’t match the barrel of Welsh’s handgun.

At the time, prosecutors said they believed Welsh’s brother or father modified Welsh’s handgun after the Manwanis were killed. Prosecutors have not disclosed whether new evidence contradicts the initial forensic testing.

In arguing for bond, Walsh argued that Welsh did not flee during the 14 months that he was released. Walsh said his client “is not a risk of flight, nor a danger to the community or himself, and a reasonable bond should be set in this matter.”

In 2018, prosecutors said Welsh had been buying oxycodone from Rishi Manwani, had amassed a lot of debt, and was distributing drugs he bought from the younger Manwani. 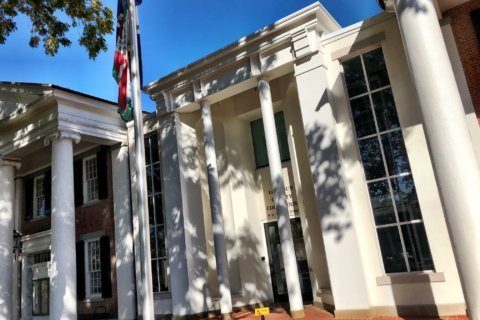 Only on WTOP: Longtime suspect indicted in killings of Loudoun Co. mother, son